With technical issues beyond my control no matter how much I stomped my feet in a temper tantrum, I conceded defeat to the telephone line Gods and drank a two-four of beer to drown my sorrows.  Maybe not the entire two-four, but 6 is pretty close isn’t it? How about we went on vacation instead, definitely more plausible a scenario…and I can neither confirm nor deny the consumption of beer. 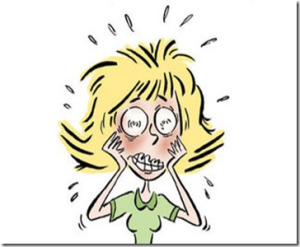 With nothing to do in cyber space, hubby and I dashed off to the Homestead for some well deserved R&R before his 3 week shutdown commenced mid-July.  This being one of those annual things that he is one of the ringleaders for, and it would require him to be there every waking moment, and every comatose one as well.

So a ‘Pre-Shutdown’ spell of relaxation was necessary for him to get geared up for the myriad of things that can and will go wrong (as with any shutdown/maintenance of production equipment) as well as some necessary down time for me as I have had a very, very busy Spring in my ‘Down South’ job that has kept me hopping heading into July.

Which brings us to Days 1, 2 and 3 of my 3 week long blog ‘vacation’.  Where I did absolutely NOTHING.  Nada. Zip. Zilch.  I know, you are totally jealous and wished you were there with me, cold drink in one hand, sunglasses and floppy hat on, lounging on the deck soaking up the sun and the quiet northern atmosphere.

After that, we scrounged up some energy to go bike riding (btw, our butts have finally become accustomed to the not-so-comfy seats since my last butt busting post), and we puttered around the Homestead with various odd jobs before hubby had to head back to the grind.

By the 5th day of July, one of my very favourite things happened…the strawberry farm close by opened its PYO (pick your own) fields.  I then spent two very happy days picking, washing, stemming, slicing, mashing and putting up a LOT of jam.  One of which is our standby strawberry freezer jam for hubby (his very fav), and 3 batches of strawberry lemon marmalade.

I have fallen in love with the stuff since I first made it last year….and for some reason I have felt compelled to give away some of the priceless sugary stuff to clients as gifts (this must mean I either really like them, or I am having brain farts).

After the jam was done, whatever was leftover was hulled and frozen on sheet trays for a taste of summer in the dead of a Canadian winter…oh, and stuffing as many into our yaps as we could.  Nothing tastes as good as a freshly picked strawberry at its peak of ripeness.  We ate bowls of the stuff either alone, or on top of vanilla ice cream.

Once the strawberry-fest-days were finished, it was on to my next favourite fruit picking time of the year…

2 thoughts on “Diary of a Homestead Vacation”