I had the opportunity to travel this past weekend to Oklahoma City for 4 days.  Hubby is working a contract job there for a month so to break up his “30 day sentence”, we made arrangements for me to fly down and spend our 38th wedding anniversary together exploring some of the fun and exciting tourist attractions that are available in this large Midwestern city

I was able to glean some information from an Internet pal Amy in Pittsburgh who has frequented OKC on numerous occasions and she gave us brilliant suggestions on places to visit as well as which restaurants to try.  She did not disappoint!

Our first stop was the Myriad Botanical Gardens located downtown, right across the street from the Devon skyscraper. 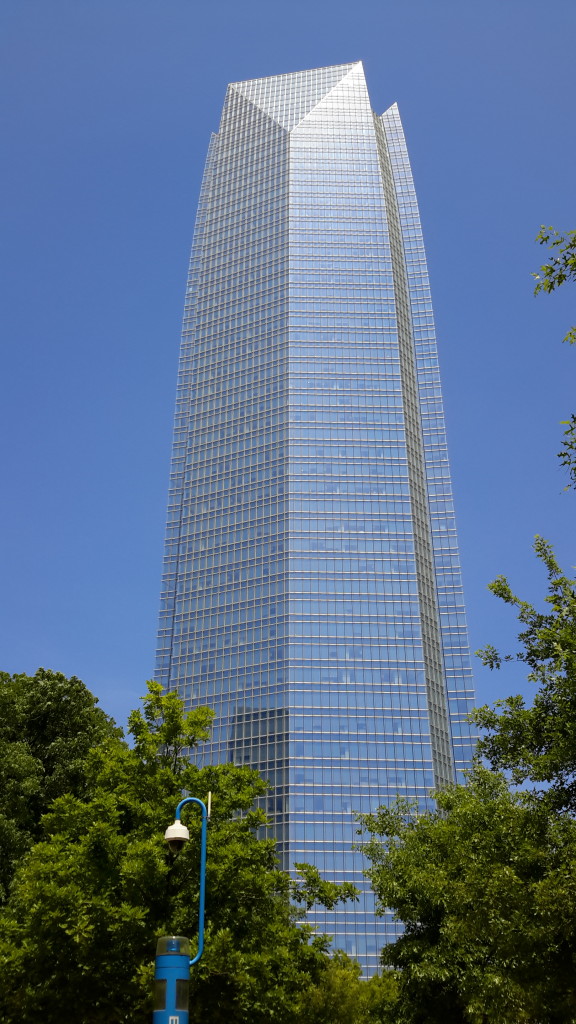 The 17 acre gardens are gorgeous and the crown jewel is the ‘Crystal  Bridge’ which is a behemoth of a greenhouse filled with tropical plants from around the world. 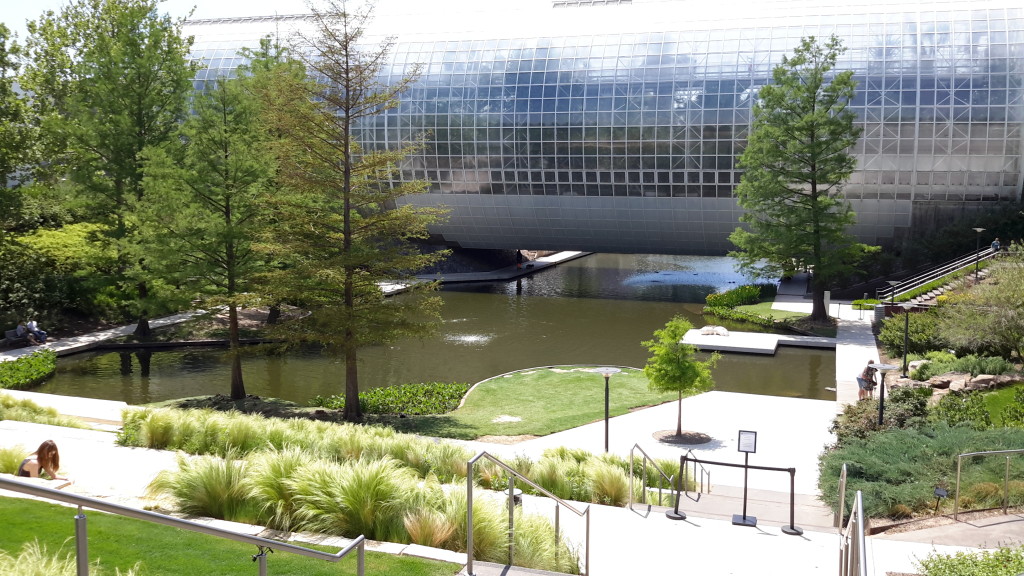 The flora on display is stunning, from teeny violets tucked into crevices to towering palm trees and everything in between. 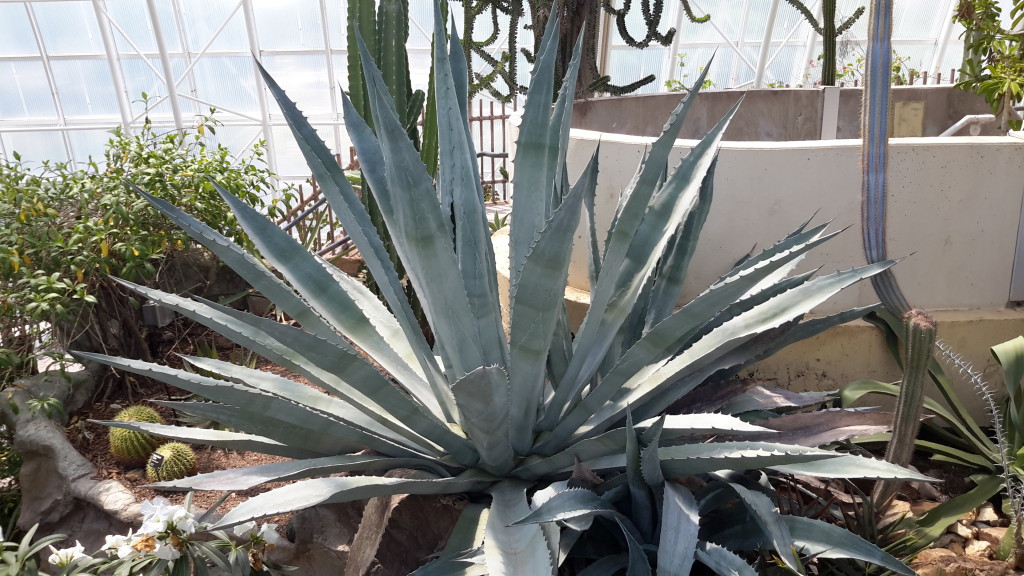 A gorgeous Blue Agave plant…Tequila anyone? 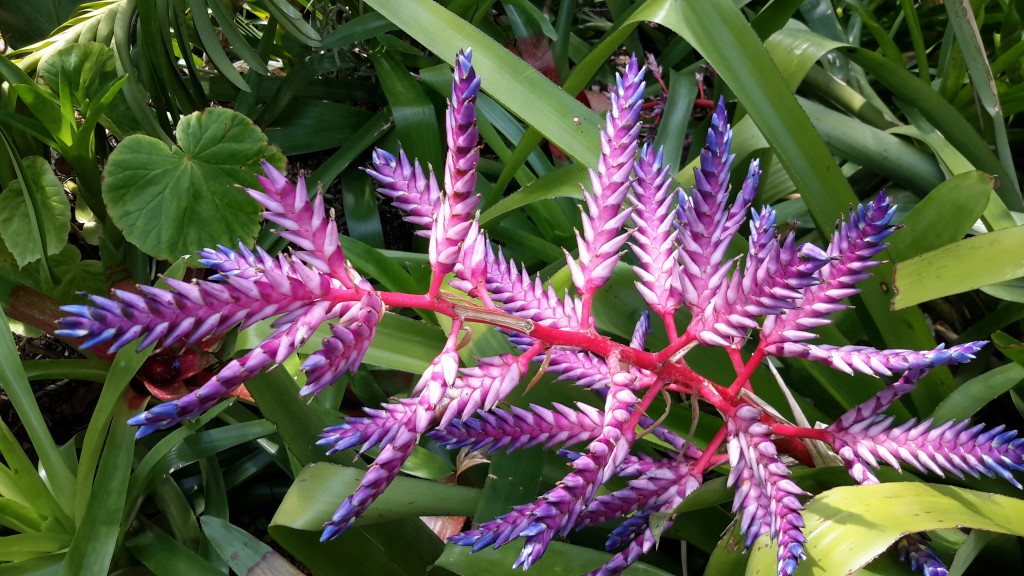 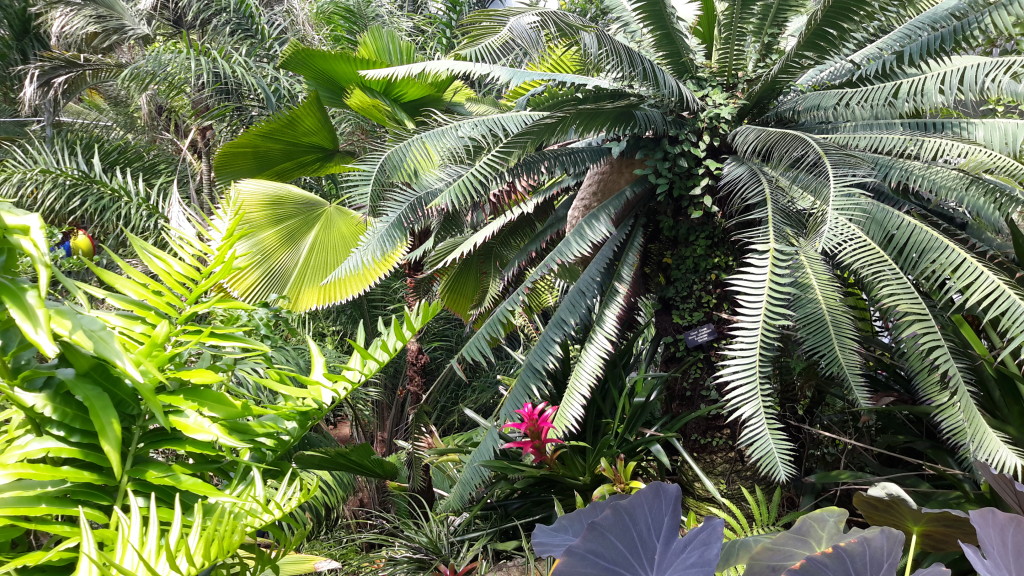 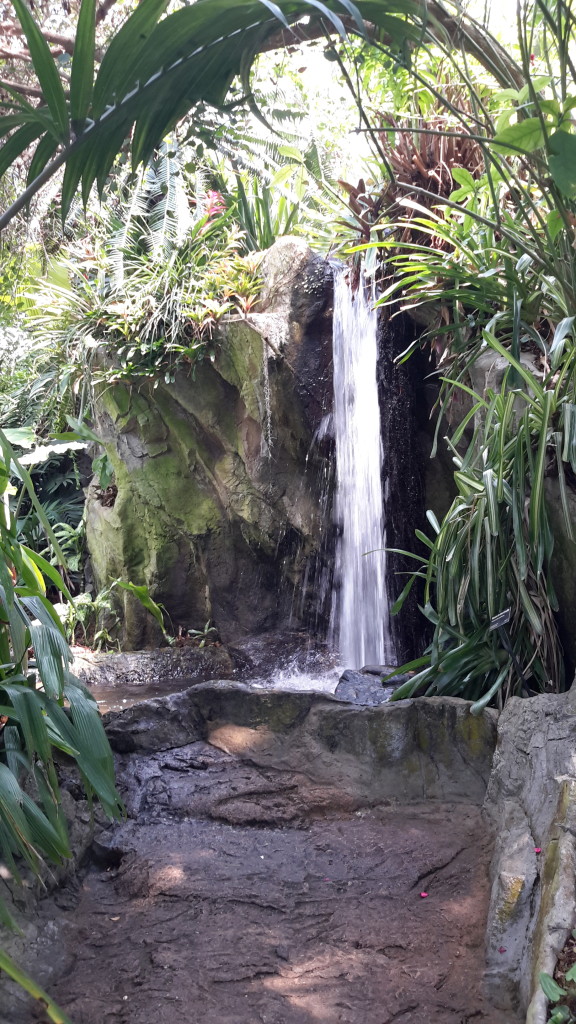 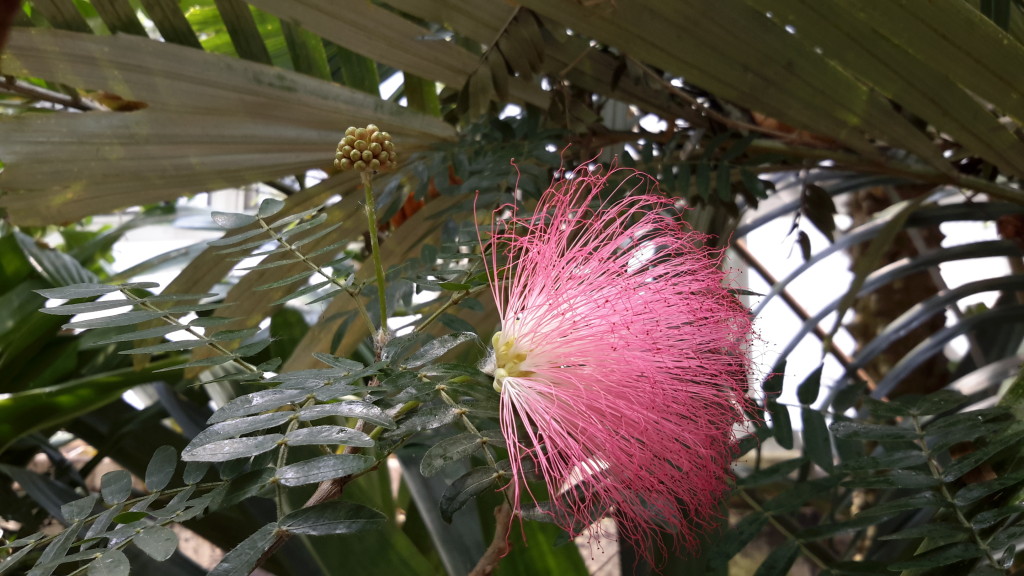 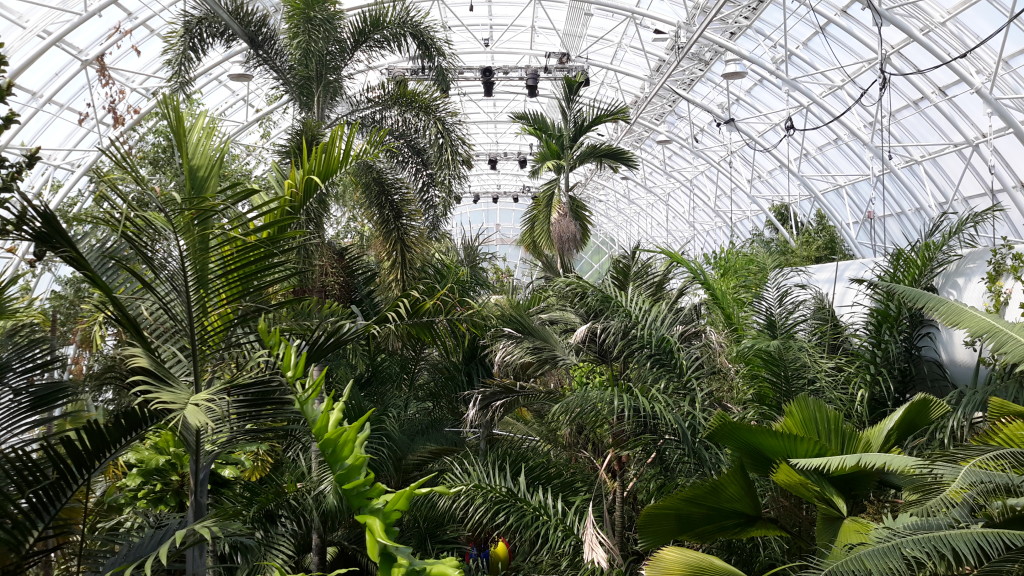 Anyone who loves botanical gardens, definitely put this stop on your to see list. You will not be disappointed.  I could have posted more pictures, but then this post would turn into a novel.

After spending a couple hours strolling the grounds and tropical building (and working up a great thirst!), we went to a fabulous Mexican restaurant touted by Amy as the best Mexican food in Oklahoma City, the Iguana Mexican Grill. 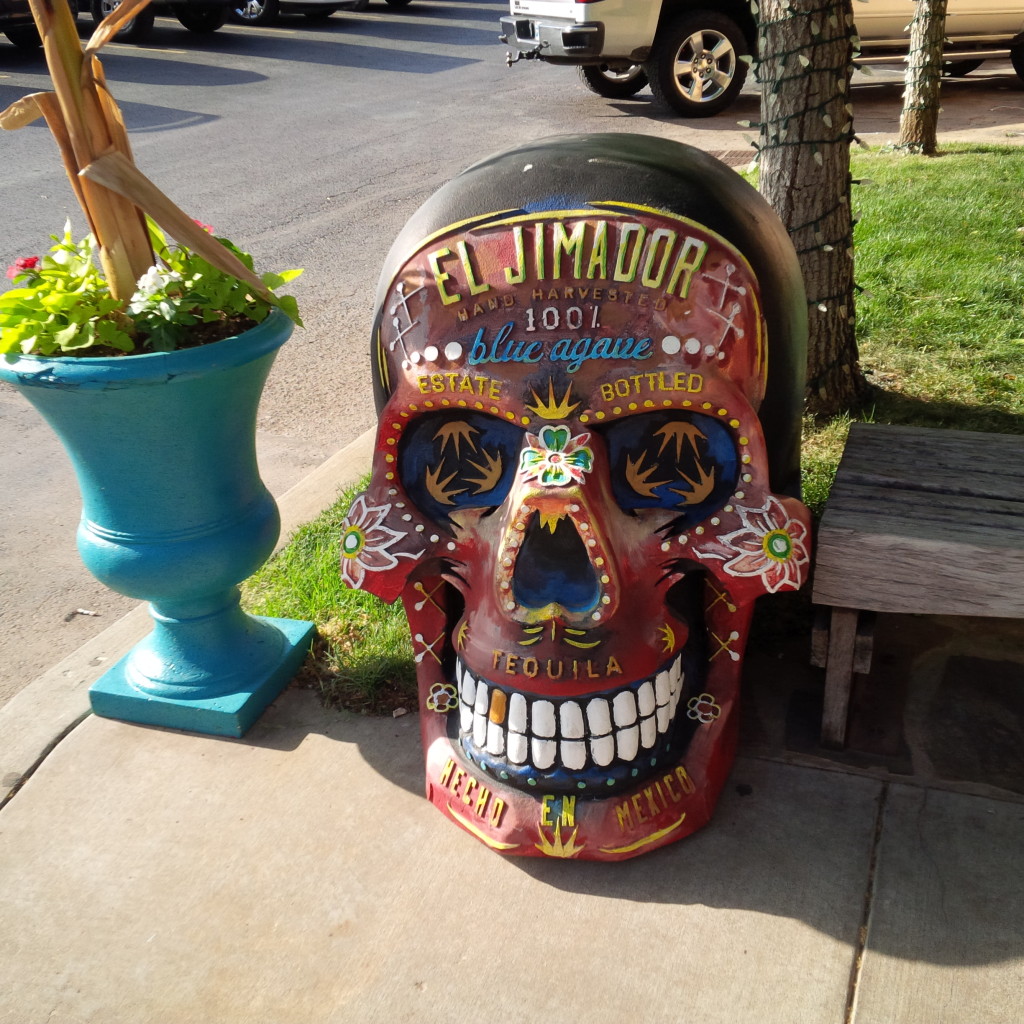 It is a tiny place, packed with friendly servers, cold beer and mouthwatering food! 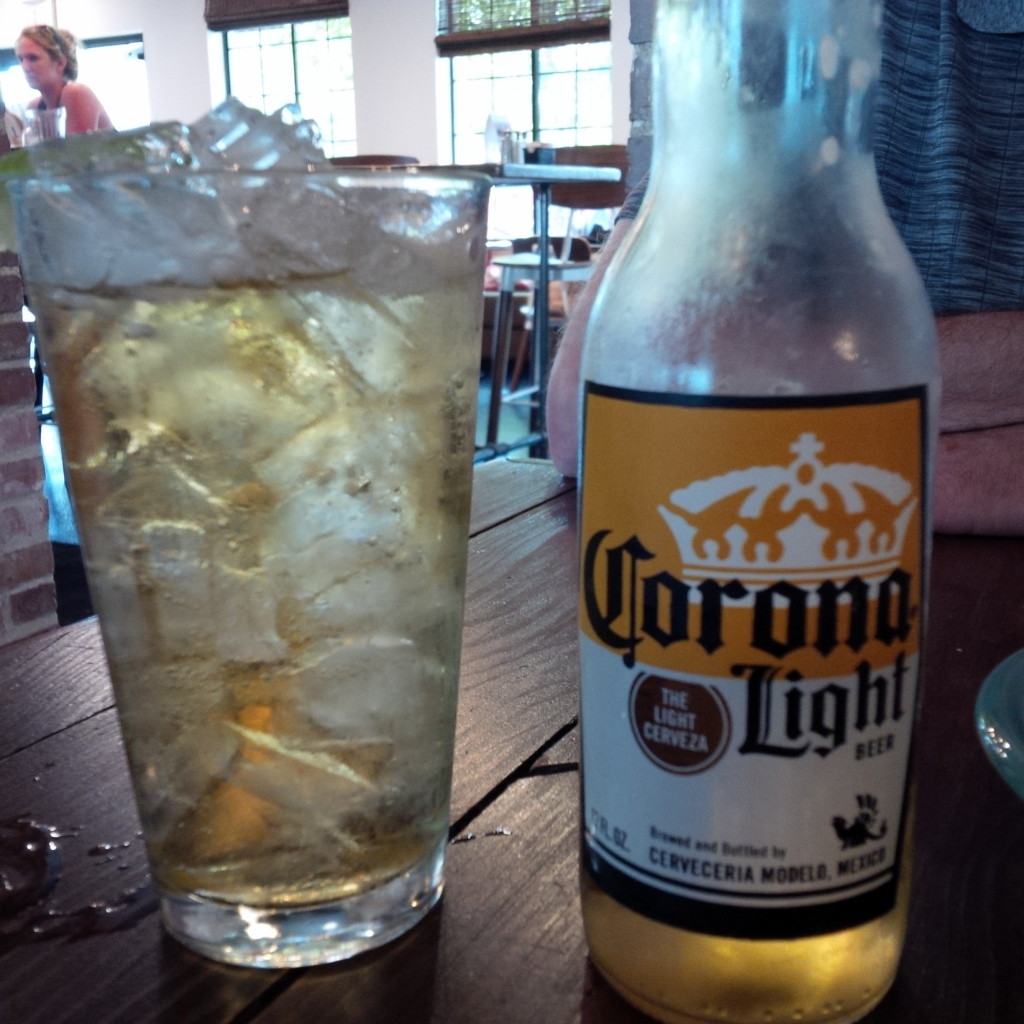 Hubs tried the fish tacos and I had the Yucatan Style Roasted Pork, which was achiote and orange roasted pork cooked in banana leaf and served with soft flour tortillas, cilantro and pickled onions. 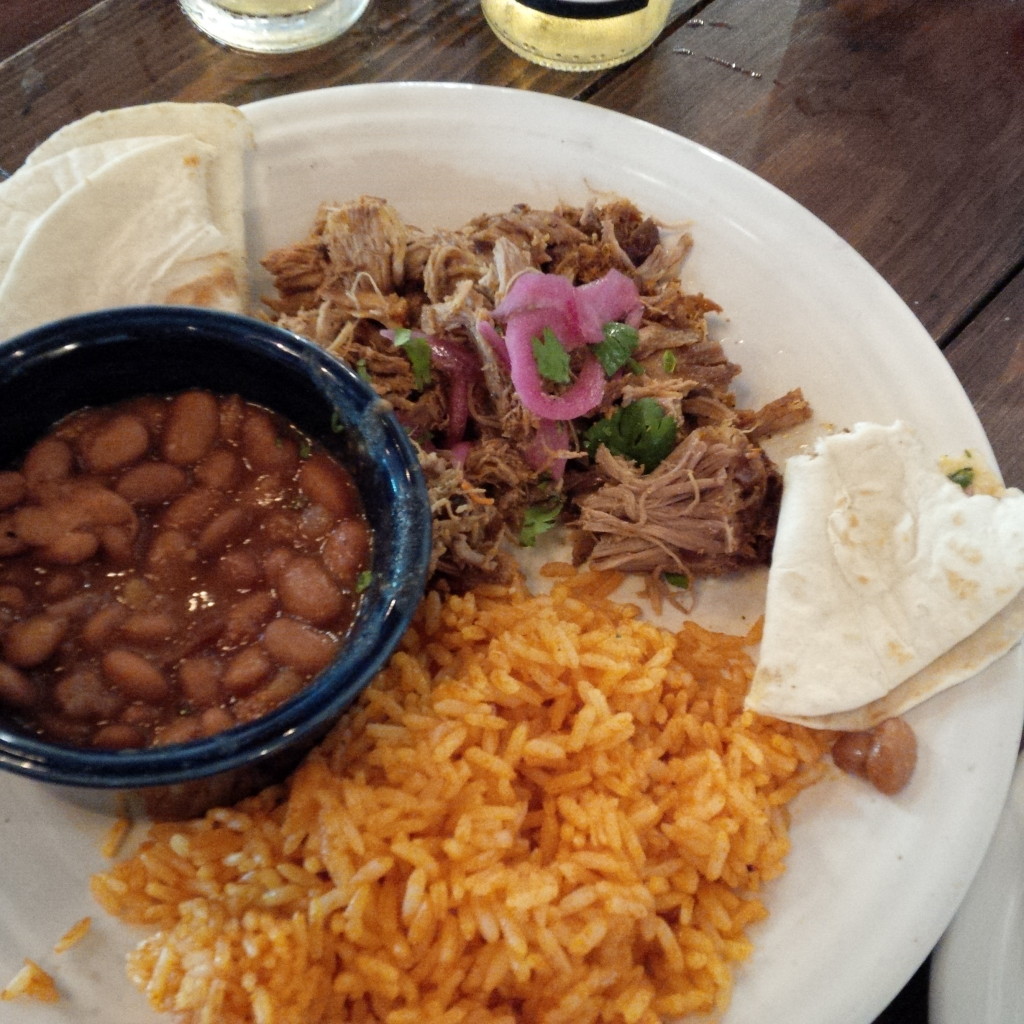 Devine! I chose the pinto beans and red chile rice to accompany the roast pork and was seriously stuffed at the end.  I highly recommend this restaurant if you are ever in OKC and you love Mexican food just as much as I do.

Our next tourist destination was the National Cowboy and Western Heritage Museum. I am sure some of you have seen their flagship carving called “The end of the Trail”, a stunning sculpture soaring some 25 feet (at least!) In the air.  The scale of which is hard to depict in photographs. This sculpture signifies a native American and his horse, both weary in body and spirit at the end of their journey.  Sculpted my American artist James Earle Fraser, it is truly a treasured national sculpture. 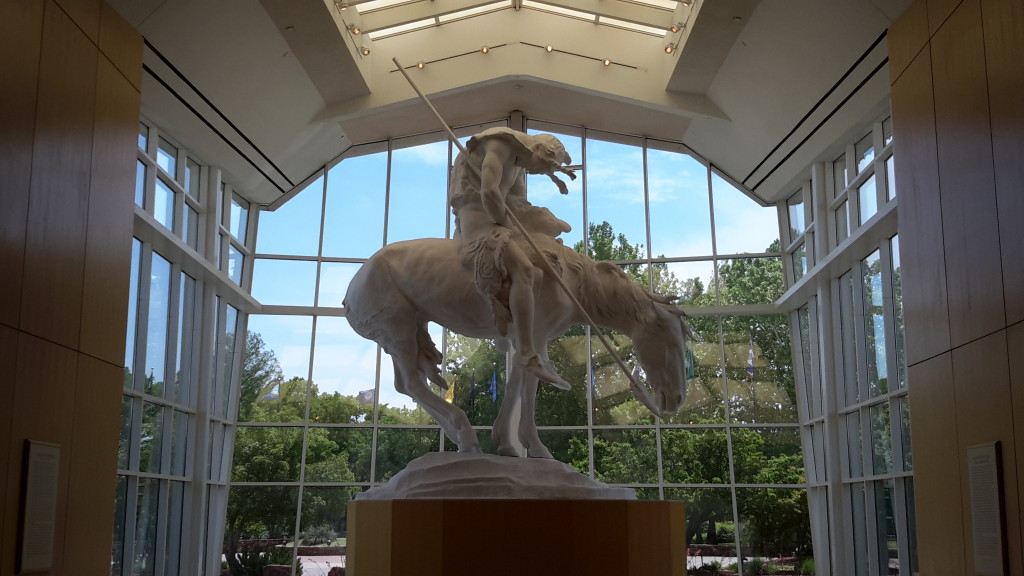 There were so many art galleries to meander through, featuring artists from America, Europe and Native North  Americans depicting western life from the early 1800s to the present.  All types of medium were used, whether they were cast sculptures, ink and pen on paper,  oil on canvas, watercolours, tempura and many more. I loved this first one below titled “The Flying Mare”. 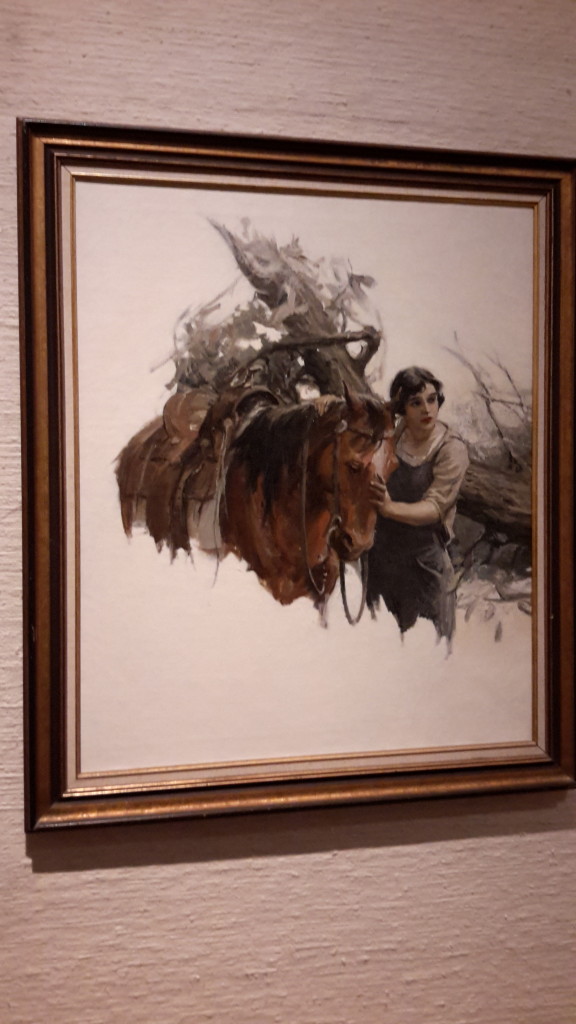 If you love western history and art, make sure you mark this museum down on your bucket list.

They also have a full sized scale of an early western frontier town complete with sheriff’s office and jail,  bank, mercantile shop, saddlery,  saloon and livery stables.  All full of original pieces of furniture,  tack, wagons and full sized replica horses saddled and ready to go.  I was expecting John Wayne to come out of the Saloon at any moment, it was such a fun way to experience a frontier town up close and personal. 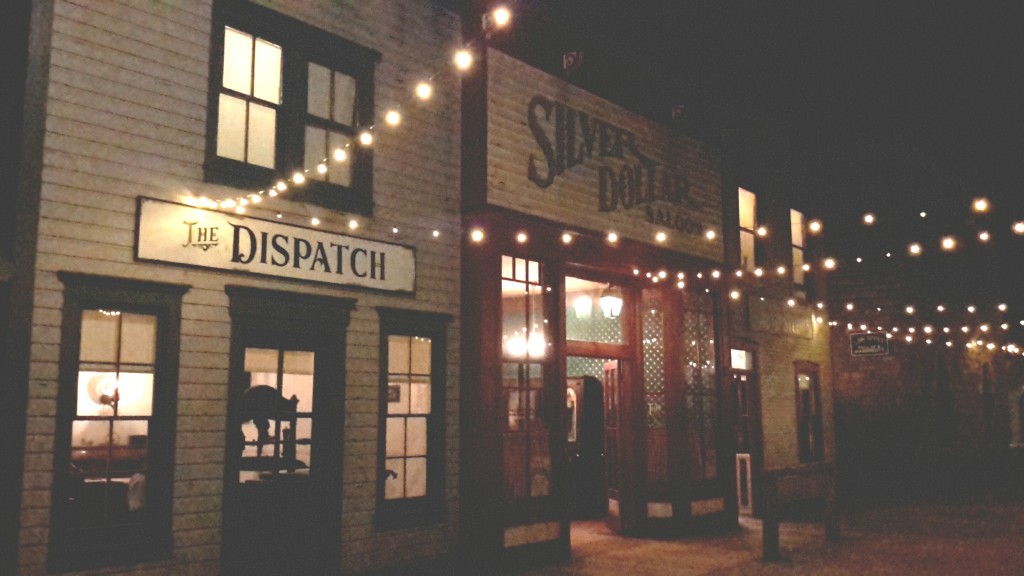 After leaving the Frontier town exhibit, we wandered for over an hour through a maze of of rooms highlighting native and western clothing, saddlery, guns, Chuck wagons,  rodeos and even a room filled with over 1300 samples of barbed wire held in vertical drawers you could pull out and examine. Seriously,  I never knew barbed wire came in so many styles! 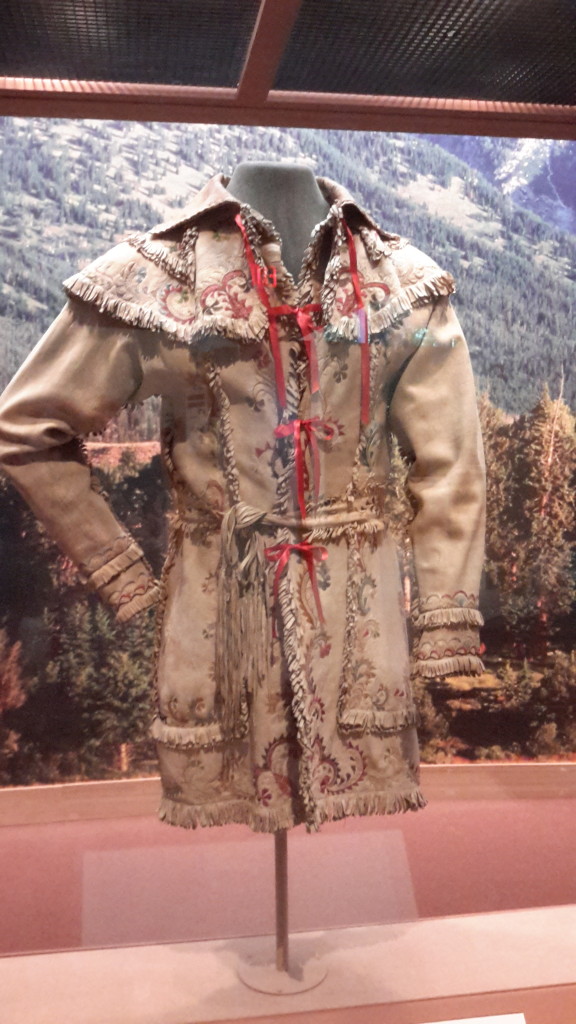 There were a couple of rooms devoted to the film industry of the old West as well.   Featuring actually clothing and props from Western movie stars like John Wayne, Roy Rogers, John Ford and many others. 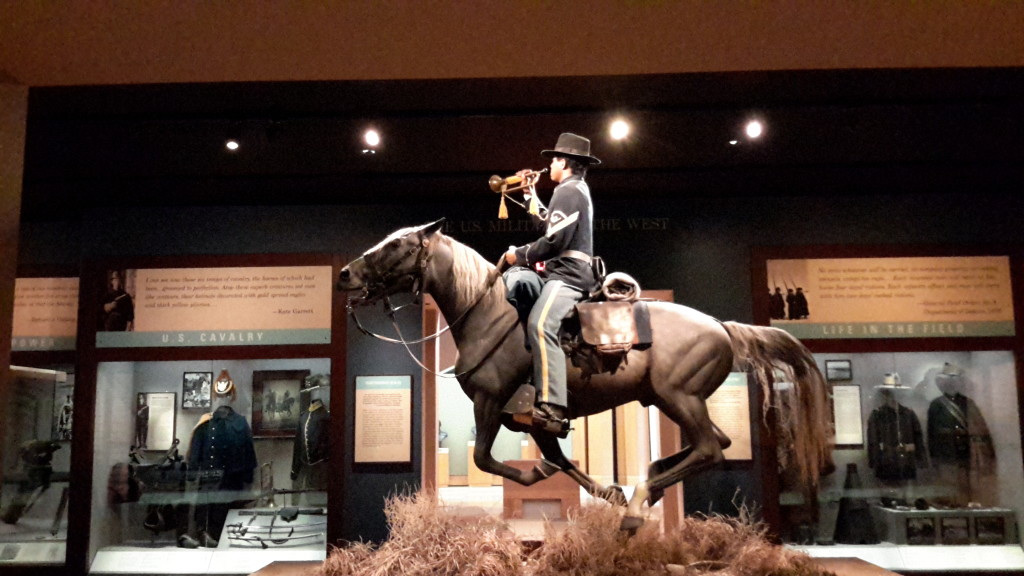 There was also a display of Army Cavalry clothing,  guns, horse tack and static displays of enlisted life in the 1800s.  Like the Smithsonian Museum of American History in DC, it has artifacts frozen in time for generations in the future to see and experience. 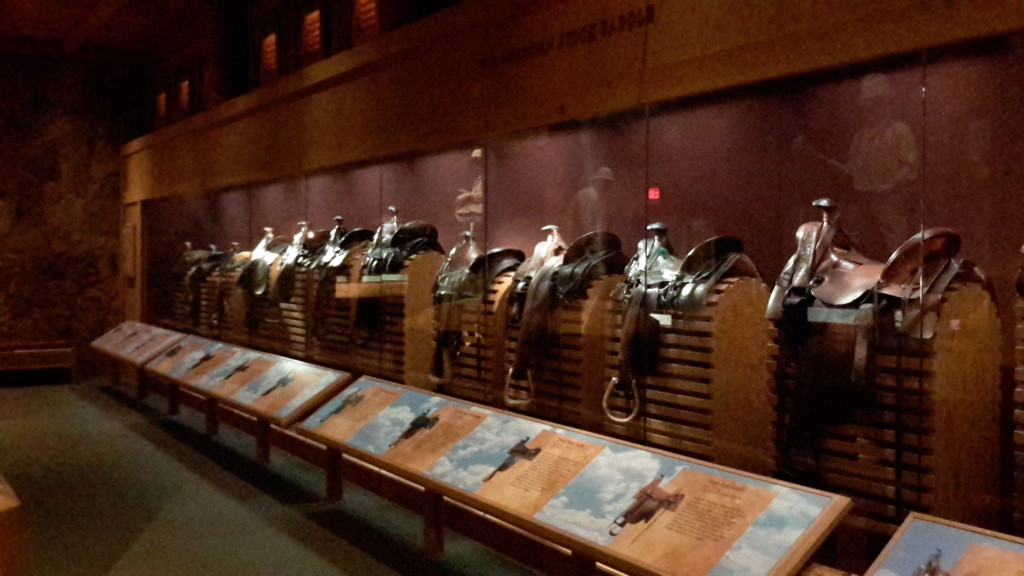 Not to be outdone there is a massive display of saddles and tack from not just North America, but early saddles from Spain, Europe and Mexico as well as the saddles made by Native Americans. 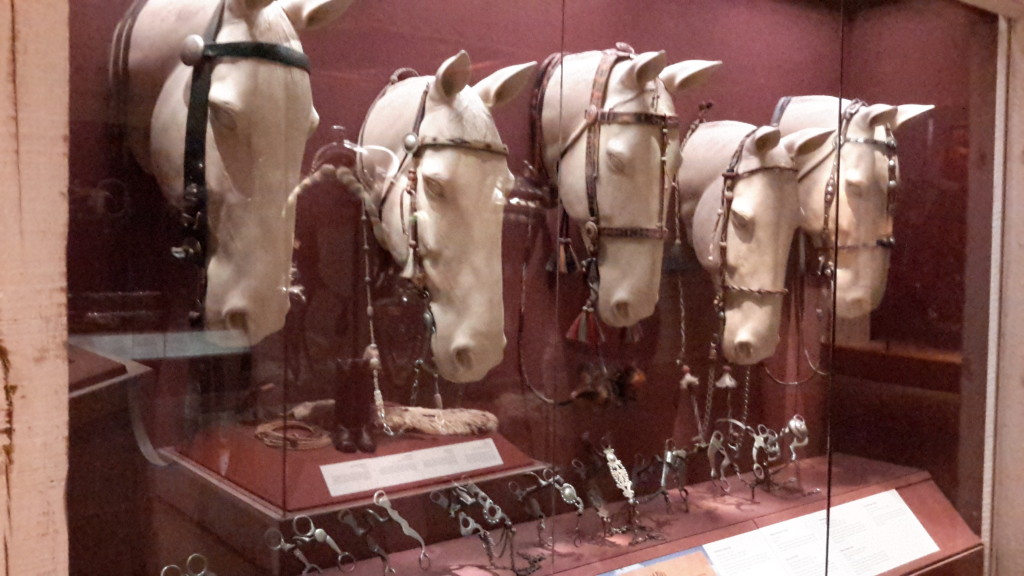 To see the form and function and how they evolved over a century is truly a history lesson I loved to learn.  How they made these items with the limited tools and materials they had available is awe inspiring.

With my limited time in OKC,  these were the 2 main attractions I wanted to see, but there is also the memorial to the OKC bombing of 1995 as well as the OKC Zoo and Botanical Garden which are great places of interest that I would have loved to see if I had more time.

I managed to squeeze out 2 stops at local yarn shops, which of course, I just had to make sure was on the to do list.  The first stop was Yarnatopia and Mustang Creek Alpaca Company. 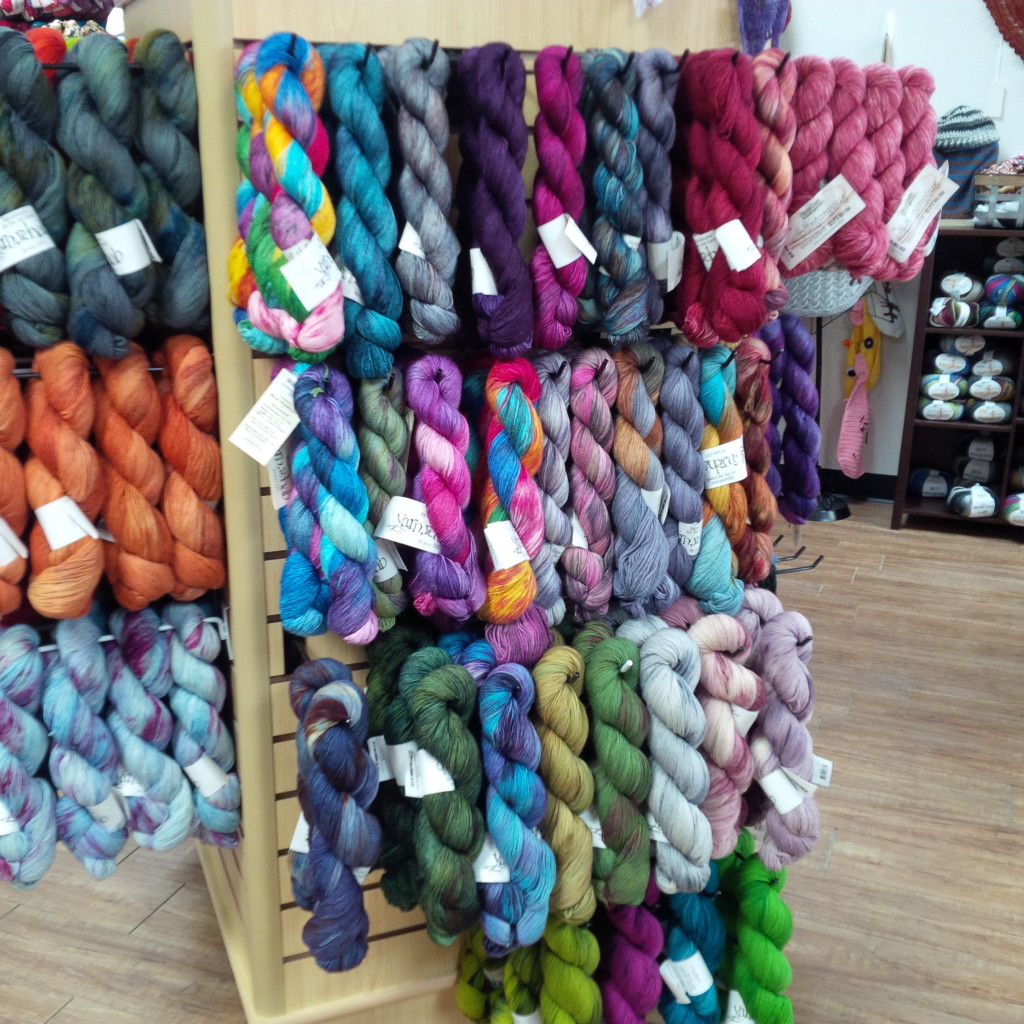 I happily contributed to the coffers of both, splurging on yarns not available back in my neck of the woods.  I also managed to fit in Hobby Lobby and a quick trip to JoAnns for sewing patterns as they are significantly cheaper in the U.S., even with the exchange rate.

All in all a fabulous albeit a short visit to spend time with hubby and see the sights Of Oklahoma City. Soon it was time to get back on the plane (not without a cold beer and an awesome grilled vegetable flatbread for dinner) 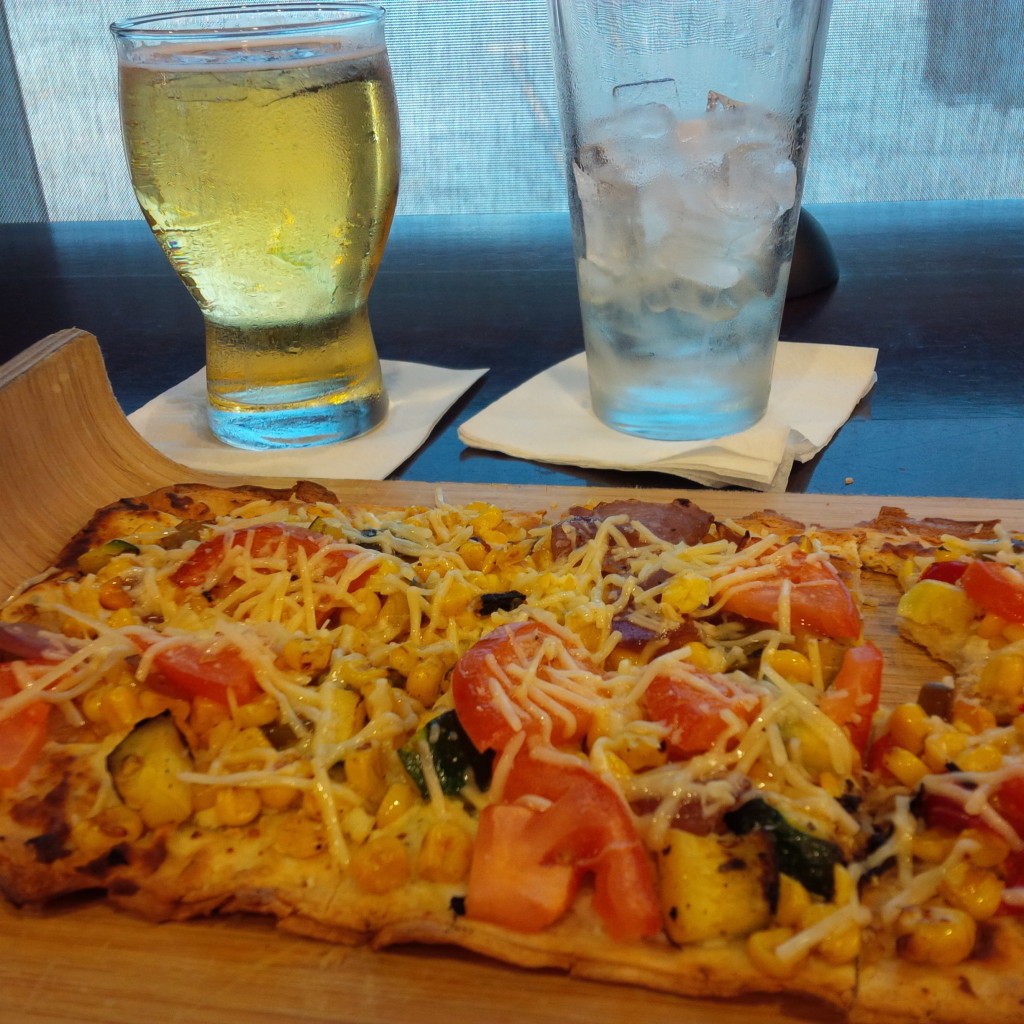 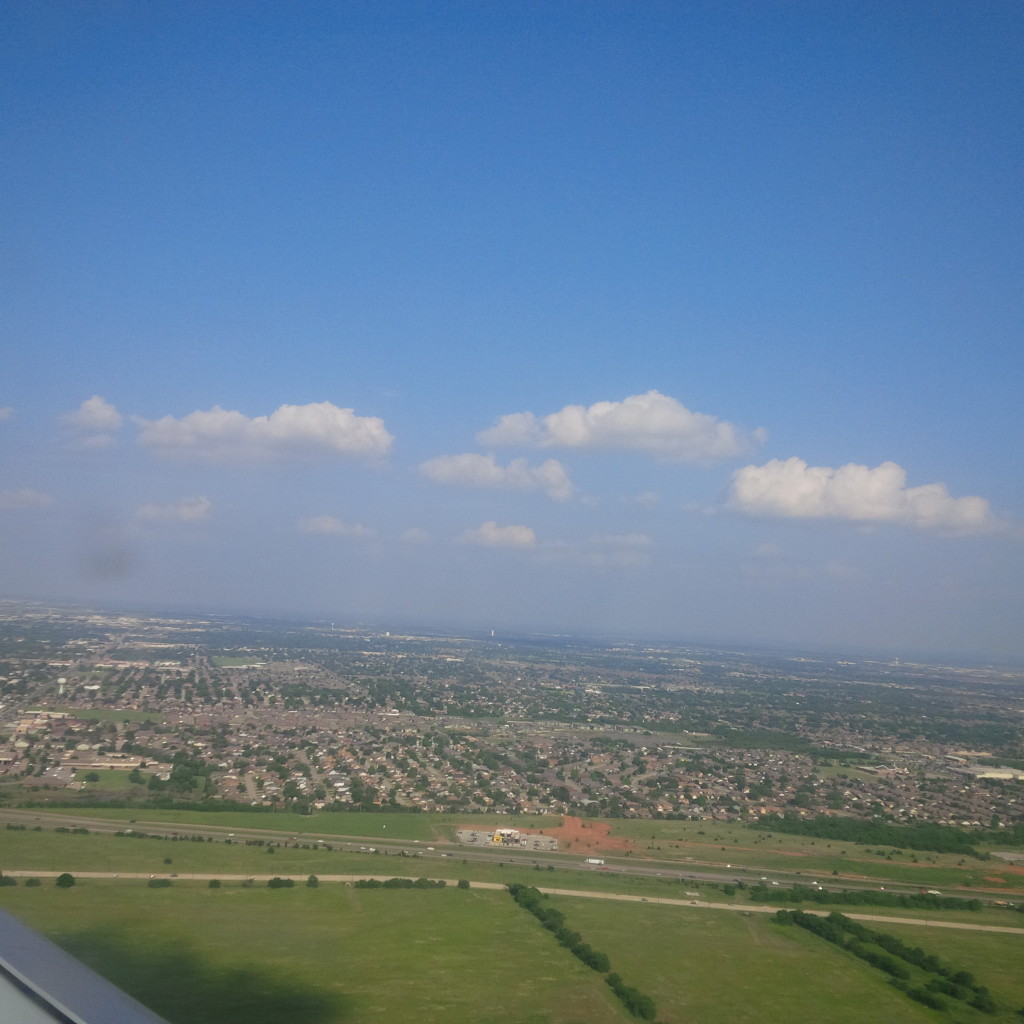 and say adios to midwest life and head back north to Canada and my home.