I have always hated math.

Numbers scare the bejeebies out of me.  Give me good old letters any day.  I excelled at English, grammar and spelling in school.  Math was just along for the ride, and not a very good one at that.  So what does this have to do with weaving? Well, every piece of weaving you want to do will have math involved.  If I had known of this ahead of time, I may have thought harder before I pounced on the opportunity to buy Bob.

There are formulas to arrive at your sett, e.p.i., p.p.i., dents and a thousand other alphabet soup acronyms that are a part of the weaving world.  Figuring out what all these mean and applying numbers to them smacks of algebra.  Combining letters with numbers was the demise of my mathematical aptitude back in grade school.

So here I am, mathless, and wanting to learn to weave.

So far I have managed to prepare my first Warp, and to ‘Dress the Loom’.  The picture below is the start of the process, called ‘Sleying the Reed’.   Next comes ‘Threading the Heddles’, then ‘Tying to the Back Apron’ followed by ‘Beaming the Warp’.   Seriously, Gene Roddenberry must have obtained all the lingo for Star Trek from participating in a Weaving class. 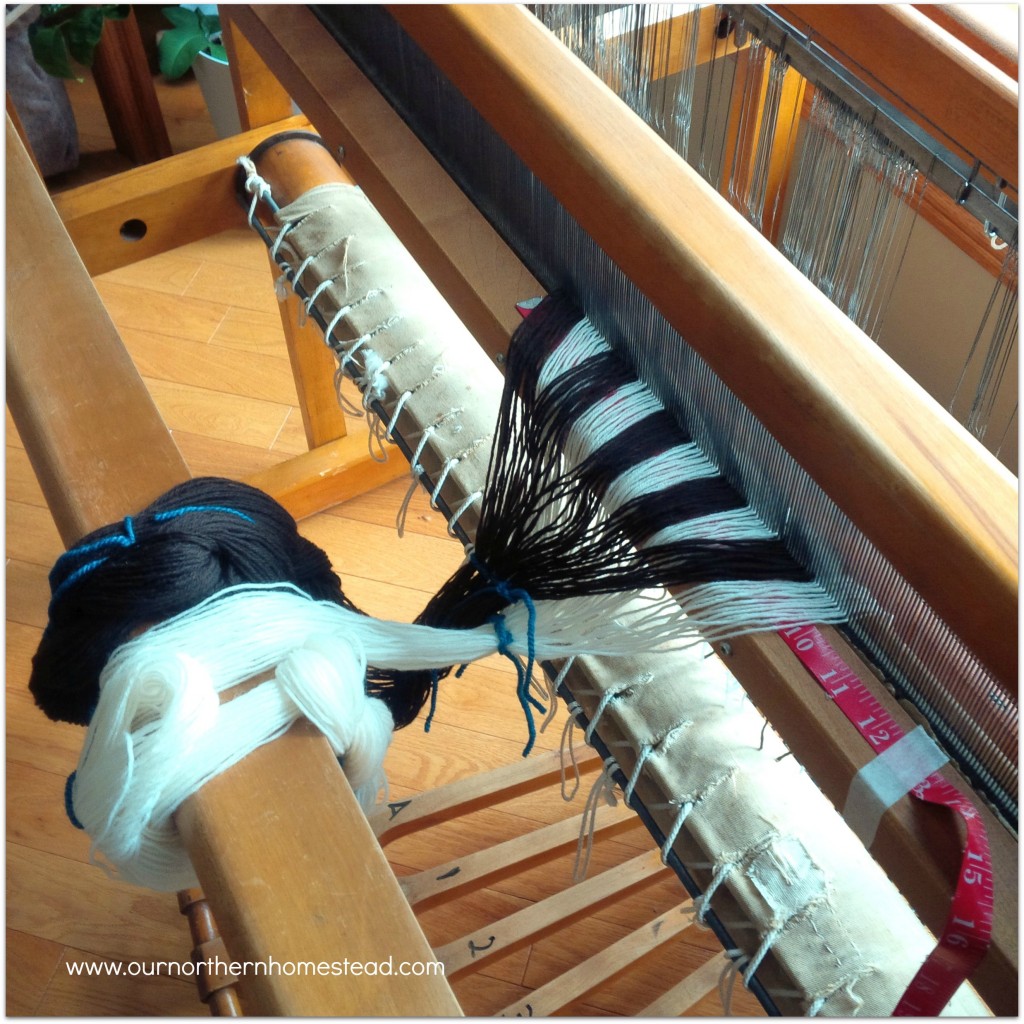 This all sounds so complicated doesn’t it?  It actually isn’t, at least not until the math issue comes to a head.  Right now I am following a lesson dictated in the ‘Learning To Weave’ book I wisely purchased.  Which so far has been pretty easy.  When it comes time for me to plan, draw up and execute my first ‘project’ though…well…you will hear me cursing like a sailor, and wishing my brain had of been able to pay attention in math class….