I was stag for dinner one day last week (which is fun, cause sometimes I crave stuff that hubby doesn’t like, like mushrooms) and tossing up a couple of choices for dinner…perogies…or the above named pizza.  Mushrooms will be a clear winner any day of the week.  This pizza is simple, with few ingredients, and oh so flippin’ tasty.

Start off by carmelizing half an onion, thinly sliced, in Olive Oil.  Keep the heat between medium and low and slowly sauté for about 30 minutes; stirring often.  Remove onions to a bowl and set aside. 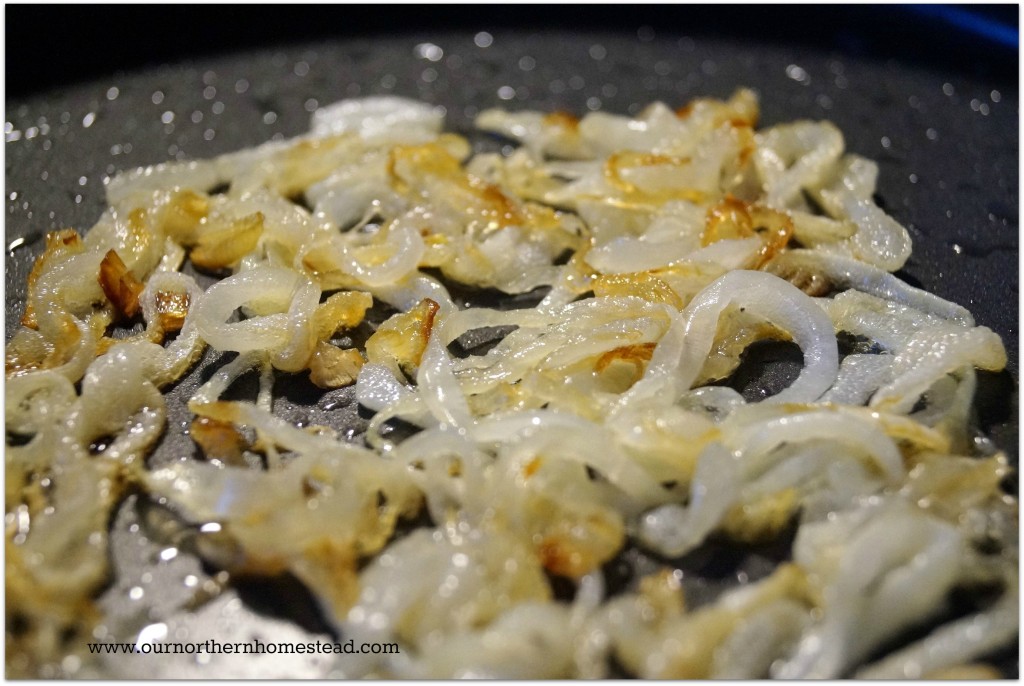 Toss 2 cups of sliced mushrooms into the frying pan that the onions were in; increase heat to medium and sauté until just starting to turn golden.  Remove from heat and set aside.  Prepare pizza dough utilizing my recipe here,  as this was just for me, I made  half of the recipe of dough. 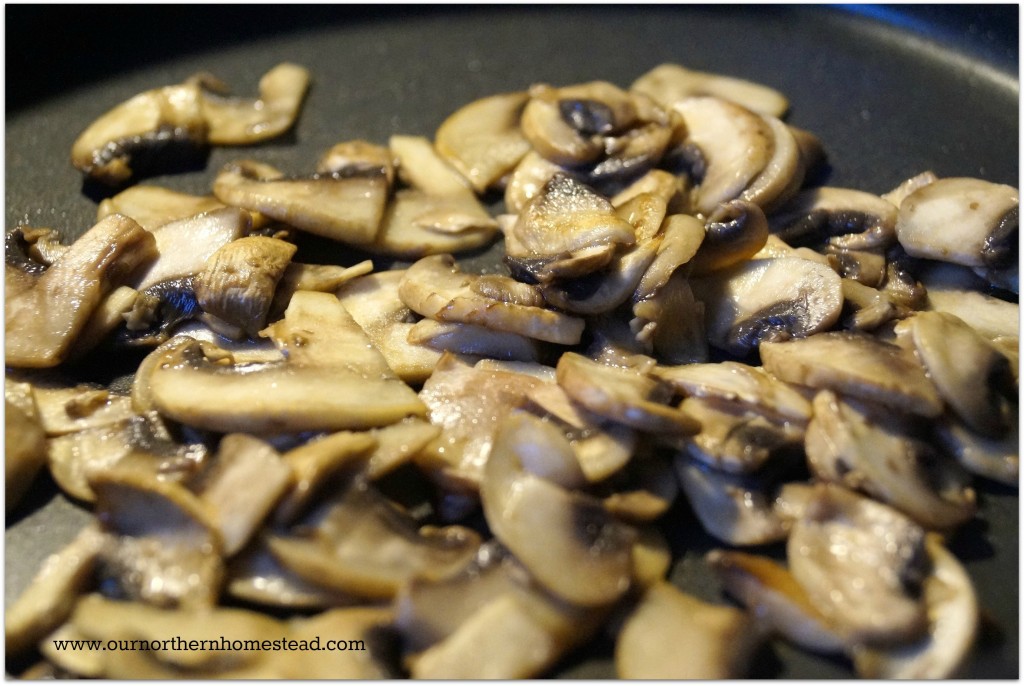 Roll out dough onto a pizza pan, prick all over with a fork and bake as directed in above recipe. 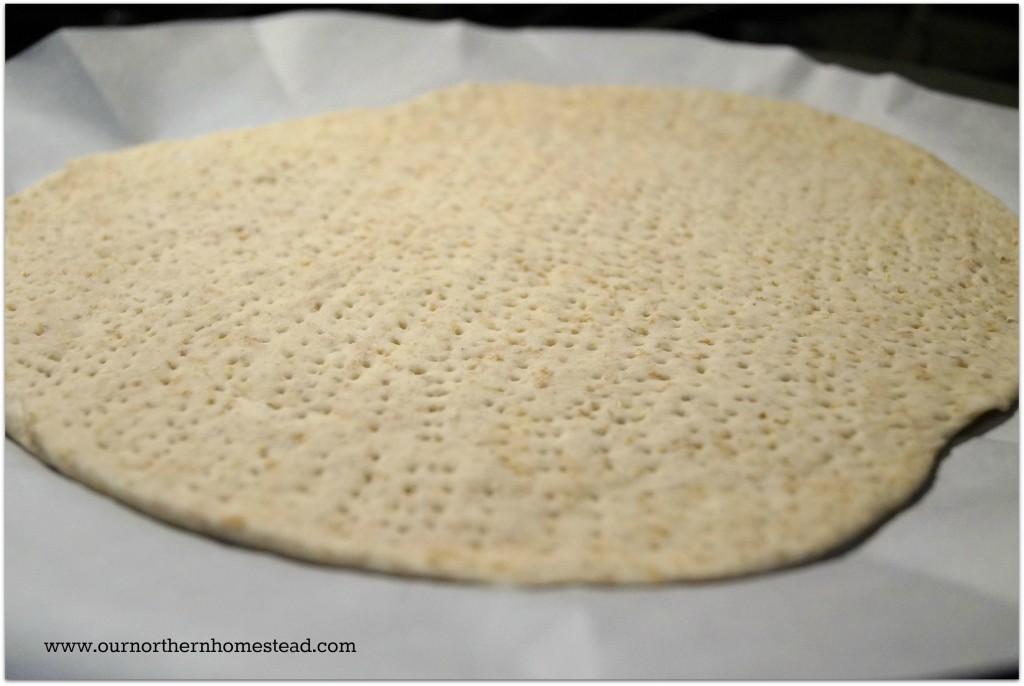 When pizza crust has done the first half of the baking, remove from oven and add toppings as follows:  Spread 2 tbsp. good quality Olive Oil over the crust, sprinkle with freshly grated parmesan, freshly grated black pepper and red pepper flakes.  Top with onions and mushrooms and a final sprinkle of cheese. 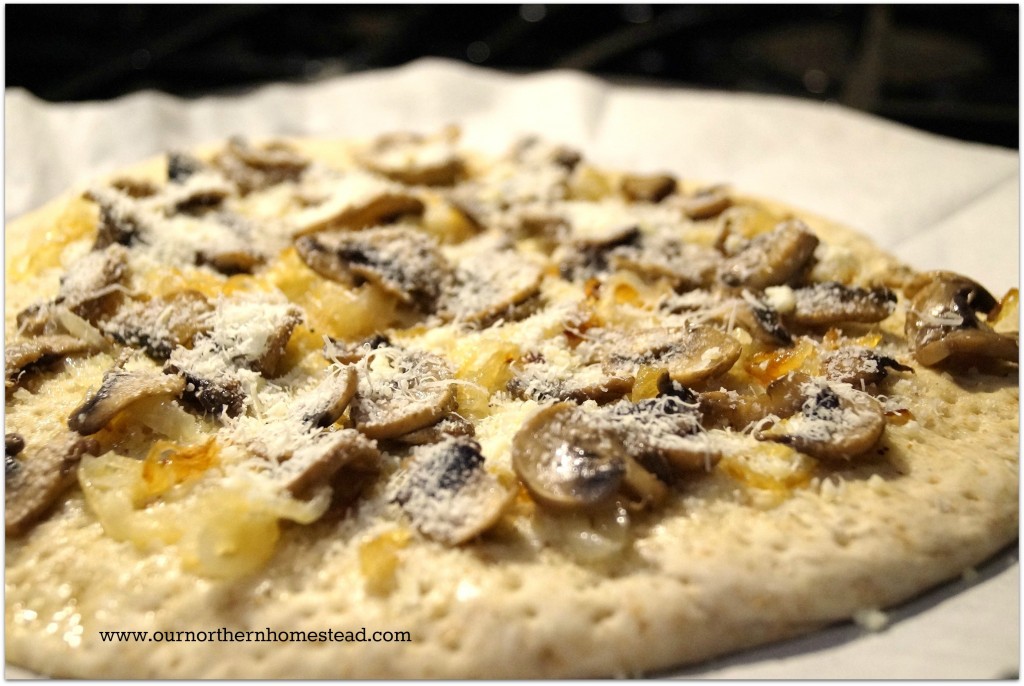 Bake for another 4-5 minutes until edges start browning, turn oven off and turn broiler on; broil for 2-3 minutes until cheese is bubbling vigorously. 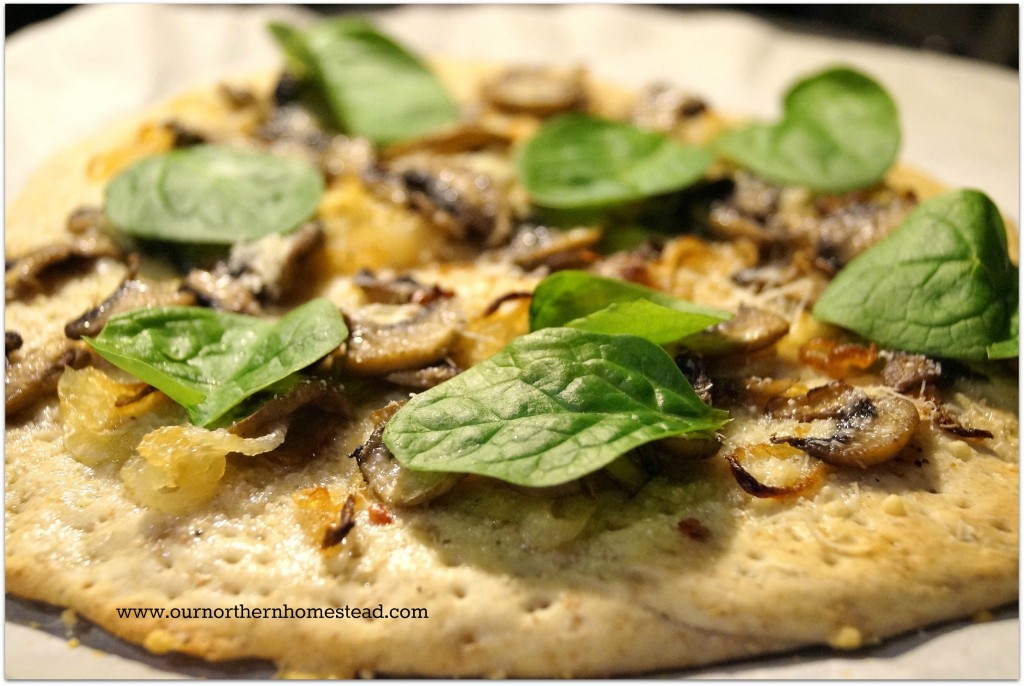