Known scientifically as ‘Pyrrharctia Isabella’, the Wooly Bear Caterpillar is the larvae of the Isabella Tiger Moth.  Abundant in Canada and found as far north as the Arctic, the Wooly Bear hatches in the Fall and overwinters in its caterpillar form, literally freezing solid only to thaw out in the Spring, then pupating into its adult stage. 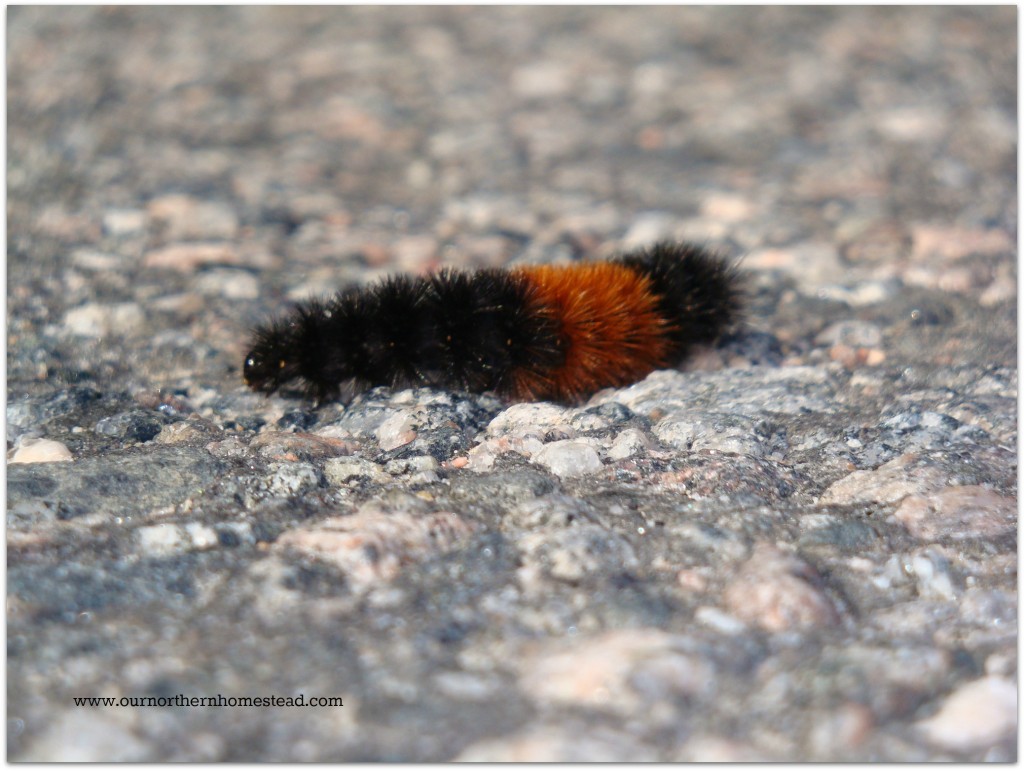 I went for a walk yesterday and this fellow was in the middle of the road, aimlessly wandering in circles.  I moved him to the side of the road lest he become flattened by a passing car.

Common folklore has it that Wooly Bears are predictors of winter weather.  If the orange-brown stripe is wide, than it will be a mild winter, if it is narrow, then it will be a harsh winter.

Purely speculative though…just like Groundhog Day.  Mother Nature decides when, how long and how harsh winter will be, mainly due to her pms moods, in my opinion.

This is your entomology lesson for today…. only 178 more days until Spring!