Ever try a new recipe and it bombs? 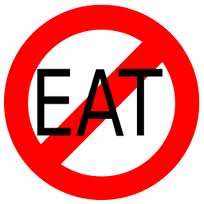 That is what happened this past weekend.  I tried out a new recipe (from the pages of Canadian Living no less, and usually they are “Tested Till Perfect” – their motto), but not this time…which is almost unheard of.

I did somewhat enjoy it, but hubby didn’t say a word while eating it…

Which meant it was a bomb.

So this one is tossed.

The premise was promising, it consisted of sauted potatoes, onions, Italian sausage (I also added carrots and spinach), simmered in a beef broth, then topped with a cornbread batter and placed in the oven.  Sounds good eh?  That was my thought!

The major problem with it though was that it lacked any type of seasoning whatsoever, not even any salt or pepper was called for.  I imagine they didn’t add any because of the spicy sausage, but it just made the whole thing so bland.  While sauteing the veggies and sausage and taste-testing, I did add salt and pepper, and then added a half tsp. of Chipotle Chile Powder…but it wasn’t enough to save this dish.

The cornbread topping was dry (I am STILL searching for a *moist* cornbread recipe, after 2 years, still have not found a good one) and hubby wasn’t impressed with it at all.  The poor guy suffered through it though.

I have 3 small servings left that I packaged up individually and put in the freezer, when hubby is away next working, I will attempt to resurrect one and see what I can do with it….if anything. Unfortunately I will have to finish all 3 pieces too…. as I don’t have a dog that would be willing to have any type of ‘people food’ tossed his way….unless I can borrow a dog?

I tried to include a link of the recipe, but it is in the latest printed issue and I guess they wait until later on before uploading the recipe to their site…but trust me, I think I would rather not link it and save anyone else the same disappointment.

2 thoughts on “Toss that one!”