This year I expanded my garden repertoire not only in produce, but in size and location.  Hubby built a raised garden bed last Fall up at the Homestead and this year was it’s first year in use…to a resounding success.  Along with the main garden bed at home, I had some pretty good bounty….and some downright failures.

We’ll start with the failures… 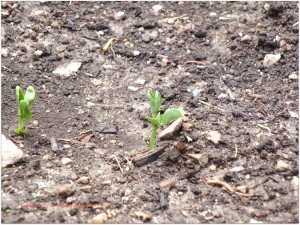 I had such hopes for these tasty little green balls, but the local rabbit population thought otherwise.  Twice they grew to about 2″ in height, then they were promptly mowed down to the roots.  After their 2nd attempt to sprout, they keeled over for good. 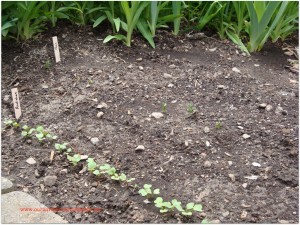 I planted these in the raised garden bed, in a window box as well as into the ground.  I think I harvested 4 teeny radishes about the size of marbles out of 2 packages of radish seeds.  The rest grew, but had only a long, thin tap root.  Then the summer heat  had them bolting.  Total fail with the radishes.

I love beets.  Steamed Beets.  Roasted Beets.  Pickled Beets.  But so do rabbits.  Apparently they love beet tops as much as they love pea plants.  I harvested 3 beets from the home garden plot and maybe 6 or 7 small ones that were grown in a container at the Northern Homestead.

Now for my Successes….

AKA The Tomatillo Plant.  This thing grew and grew and grew and grew.  More prolific than mint.  I have no idea how many I actually harvested (and still am), but suffice it to say I have enough salsa in the freezer and canned to last me at least 2 years.  Next year, I do not need to grow a Green Monster. 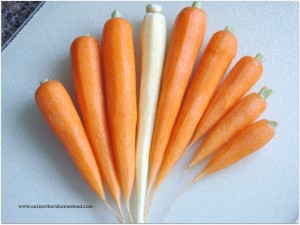 I used up 3 packages of carrot seeds between the Northern and Southern gardens.  To a resounding success.  Some people say they have trouble with germination.  Mine were more prolific than a herd of bunnies.  Definitely will be growing more next year. 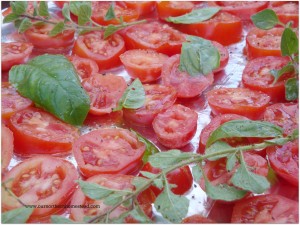 I grew 3 different kinds of toms this year.  Beefsteak.  Roma.  Cherry.  The clear winner hands down had to be the Beefsteak followed closely by the Romas.  The cherries struggled in the Southern garden, 2 produced a meager amount in the raised bed up north and 2 that were in a tote planter on the deck had Best in Show. 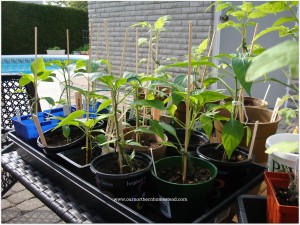 Lots and lots of Peppers.  Serranos,  Poblanos and  Jalapeños.  The Serranos are hands down the best pepper plant for obtaining a boatload of produce.  I grew 6 plants and they did not disappoint.  I love to pickle them as well as use them in my Tomatillo Salsa and fresh Pico de Gallo.

The Poblanos struggled this year due to 2 factors.  I need to enrich the Southern garden bed soil this fall and a few of the plants were in the shadow of the Green Monster which didn’t allow as much sun on them.  They are starting to rebound now with the sun being lower in the sky, so we’ll see if I get any substantial harvest off the remaining plants. 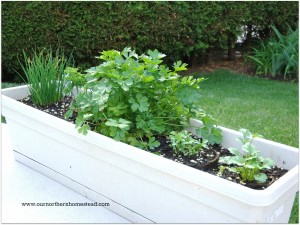 Herbs out the ying yang.  Parsley, both flat leaf and curly, Cilantro – 4 separate plantings staggered throughout the season as it bolts quickly, Chives, Basil, Oregano, Mint and Thyme.  All did well in both locations, either in the ground or in pots. 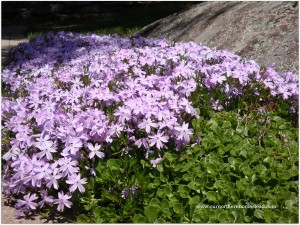 Flowers were also a large part of the gardens.  Lilies, Nasturtiums, Sweet Peas, Fuschia, Black-eyed Susans, Nicotina, Forge-Me-Nots, Cardinal Flowers, Poppies, Geraniums, Daffodils, Mini Irises and Crocuses all staggering their bloom times so that at any given time from early Spring to Fall, something was blooming.  The Hummingbirds and FuzzyButts (Bumblebees) definitely enjoyed the showy offerings, as did I.

Next year there will be more trial and error experiments to do.  I planted garlic last week up north and next week will be doing the same down south.  20 cloves went into the ground last week and about another 30 to go.  I went through over 30 full garlic bulbs making my tomato sauce this year so I am hoping for a good success rate for them.  I may try onions too next year, if I can carve some space out for them.

I do keep a journal of what grows well, what doesn’t, when seeds sprout and how long they take, etc. so if you are wanting to start a vegetable garden for yourself, I highly recommend picking a cheap, plain journal notebook to record everything from the start.  This way you can look back upon your successes and failures and adjust accordingly the following year.

Overall, I am pretty happy with the outcome and am already looking forward to next year’s growing season.

2 thoughts on “The Results Are In…”