Thank goodness the cold and snow is now behind us and we can look forward to (in my opinion) the shortest and BEST season we have ~ SUMMER!

I have been so busy this past 6-8 weeks, not just with work (my busiest time of year) but also ramping up my gardening chores.  The raised  beds have had their plastic rolled down to thaw the frozen earth and 2 weeks ago I was lucky enough to get some radishes, chard, beets and lettuce seeds sown.  These are cool weather veggies and have a much better appreciation of early Spring cold spells than the summer loving tomatoes and peppers.

Speaking of peppers, I am gobsmacked with how well they are growing now that we downsized our southern home to a condo.  It is so blasted hot in here that it is the perfect nursery for my plant babies.  Have a look see for yourself! 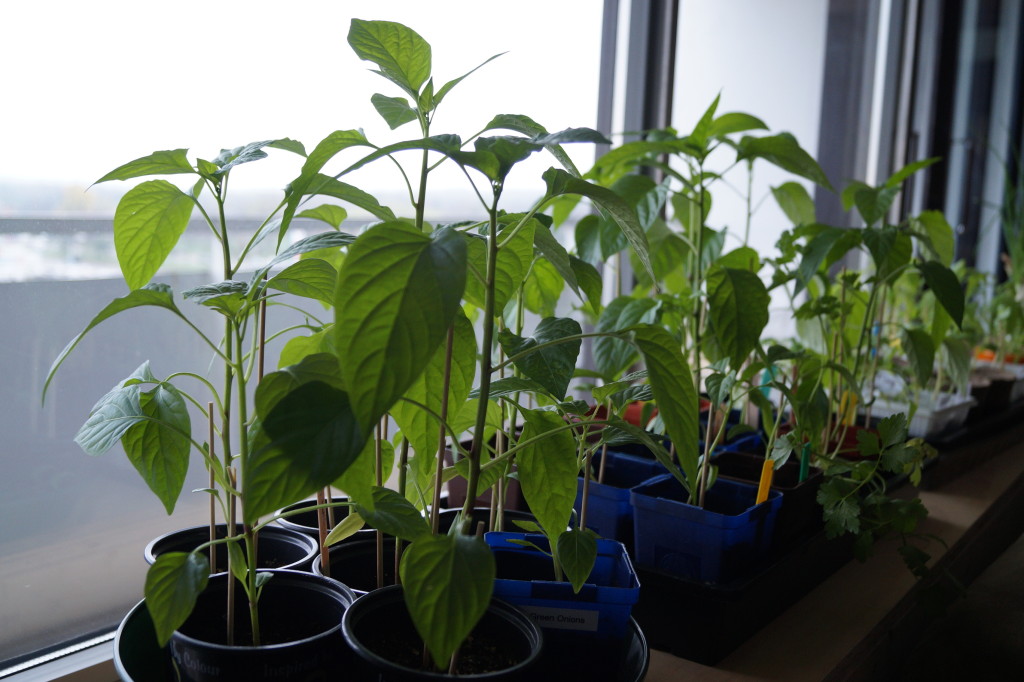 Some of the pepper varieties are now over a foot tall!  I started them a month earlier than normal too, mainly because I have the plastic on the raised beds, I can extend the growing season on both ends. 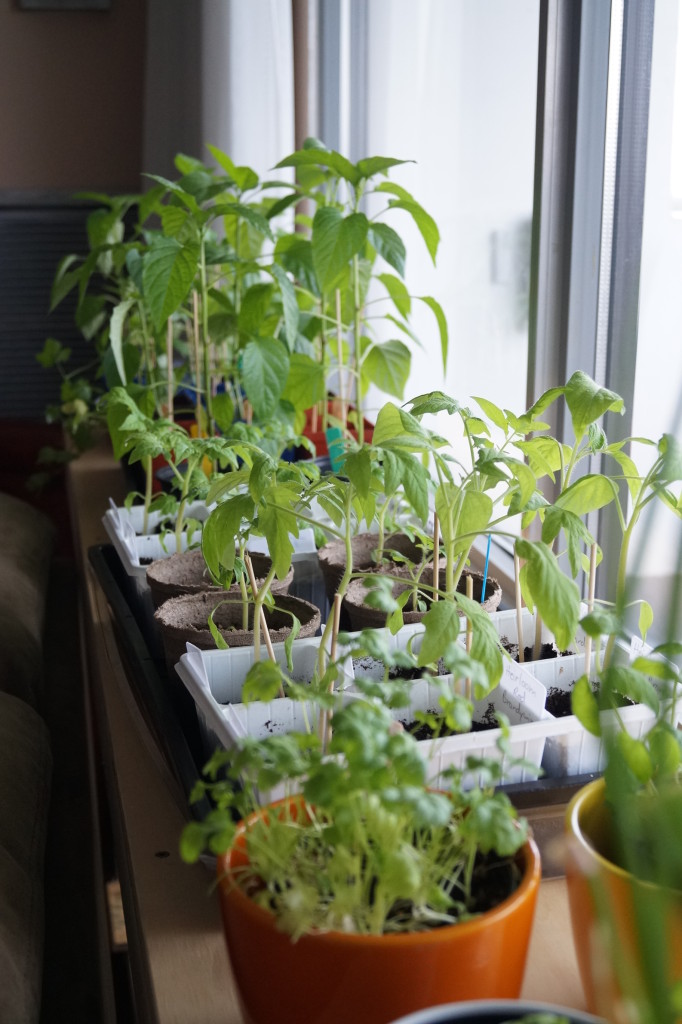 The tomatoes were started mid-March, and will quickly catch up and surpass the peppers, they grow like weeds once the seeds sprout.  I do give them a very weak fertilizer solution every 2 weeks though to get them in optimum green leafiness before planting.  I have also been saving up eggshells for the tomatoes.  Whenever I use eggs, I wash the shells and keep them in a baggie in the freezer, more on that in the next post though.

Aside from gardening, I have been up to my eyeballs in Alpaca fleece.  I lucked out on getting about 15 lbs of raw alpaca fiber from a nearby ranch (aren’t they the most adorable looking creatures below?) 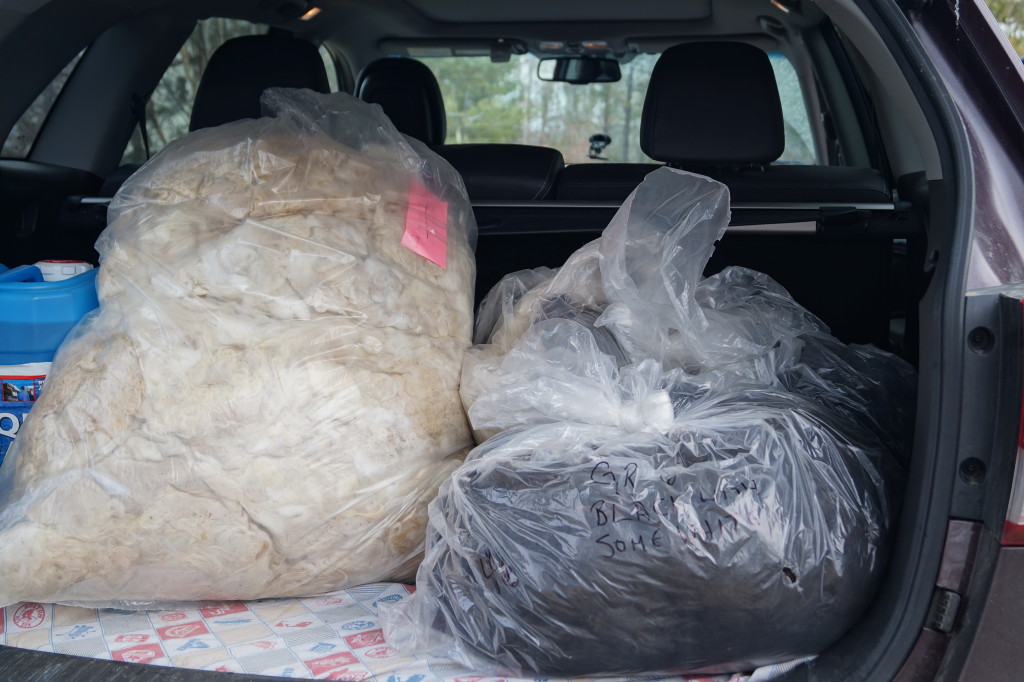 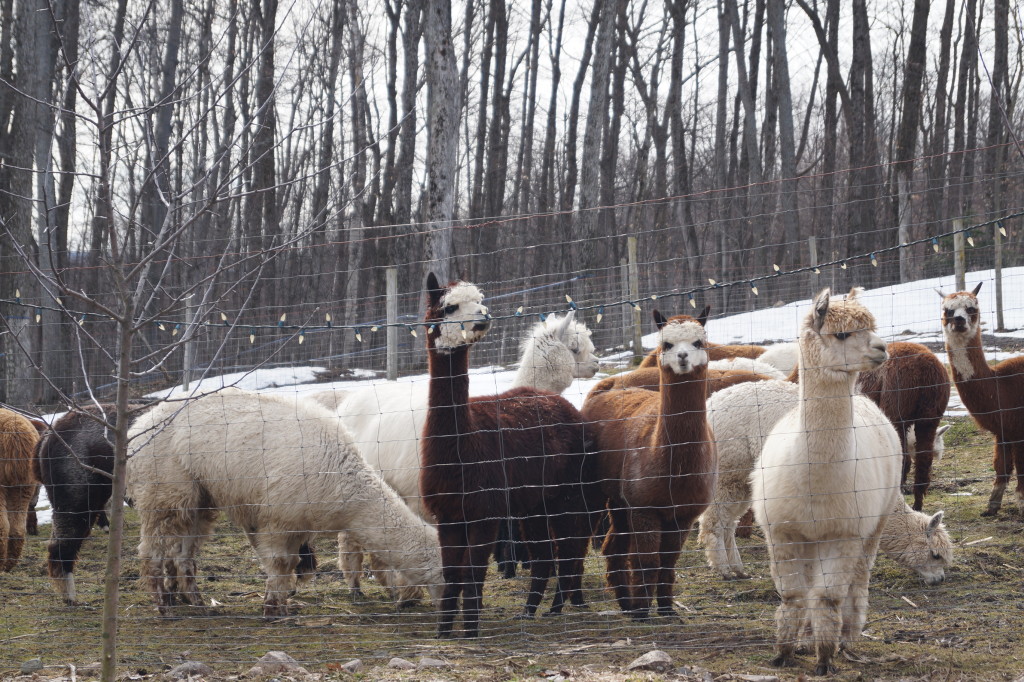 In the process, I scored my first “baby” alpaca fleece.  Just to be clear, they don’t shear the babies after they are born, “Baby Alpaca” fleece is considered the animals first shearing, which is usually when they are a year old.  It is much finer than adult fleece, so very soft and silky, and I managed to get a jet black one that spun up like silk in my test sample, which is so lusciously smooshy and soft (I have a special project in mind for this very special fibre) and is much darker than the photo shows.  It is very hard to photograph black! 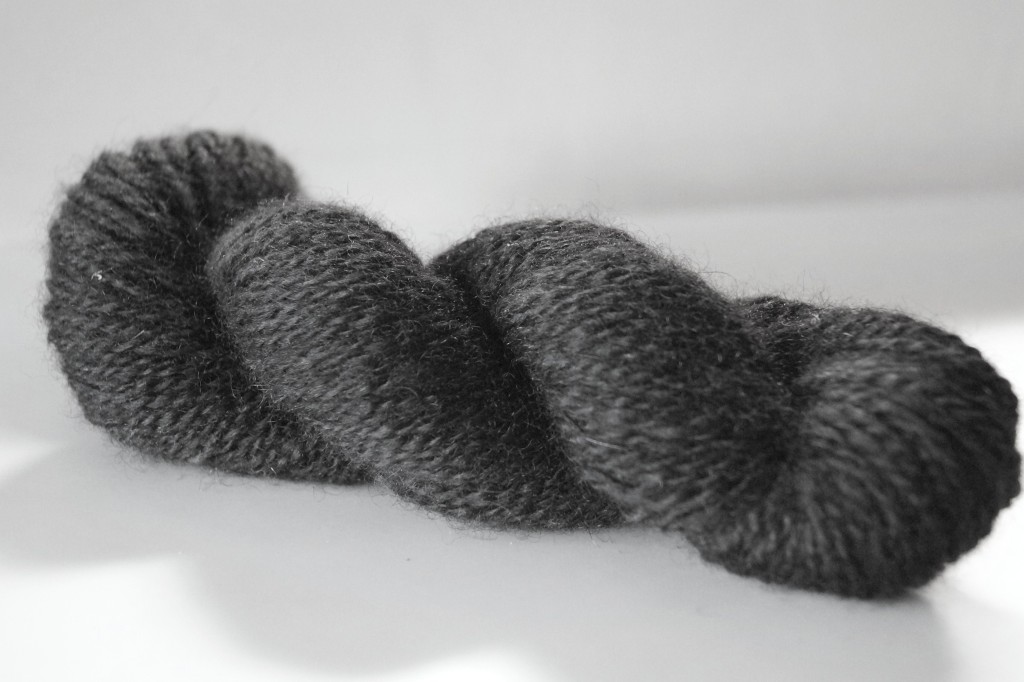 Along with the bags of alpaca fleece, I have also been weaving, finishing up a couple projects that were started at the beginning of the year.  My piñata fabric is done, and I have one of two straps left to weave on the little inkle loom, then I can start my big sewing project (saving that for another post too…most likely in the summer).

I also gave my rear end some reprieve with a woven cushion for my loom bench.  Sitting on a board was getting old real quick! 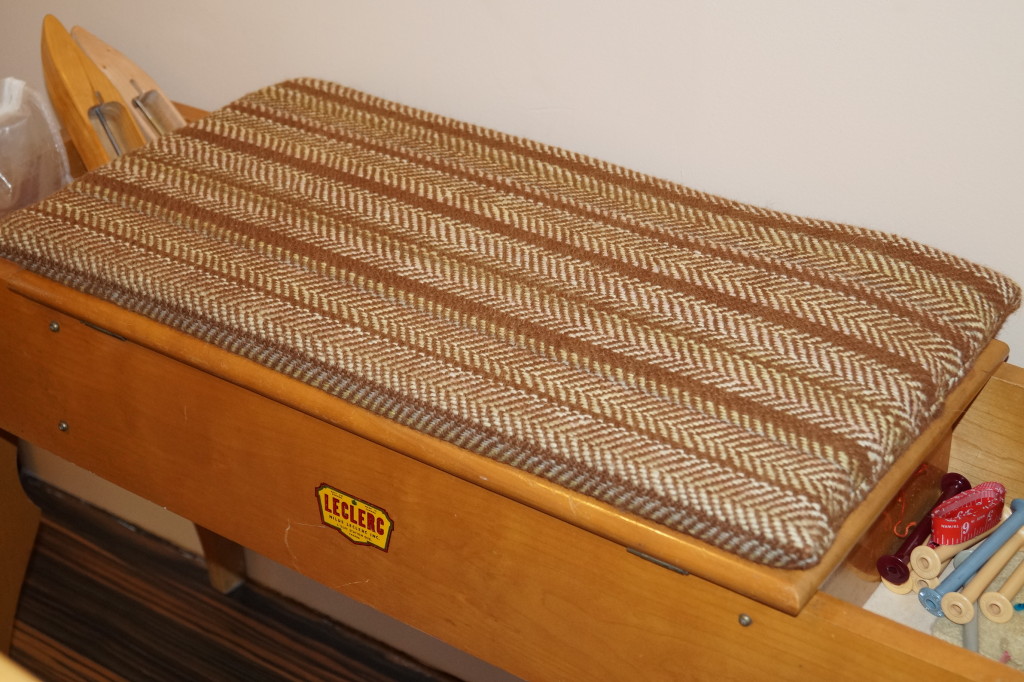 Not to leave any other fibre related items out, I have been knitting up a storm in the evenings (my down time while watching Jeopardy) as I had a request from my Aunt for a cowl and some more socks.  Cowl and one pair of socks done, 2 more pairs to go.

So when do I have time for myself you say? Well, when the gardens are mostly looking after themselves in a month or so, and work has slowed for the summer, I will be on the deck looking at the pristine view of the lake listening to the loons and sipping my tea and either spinning or knitting for the next project.  I can never sit still.  A rolling stone gathers no moss so the saying goes…and that is me to a tee 😉 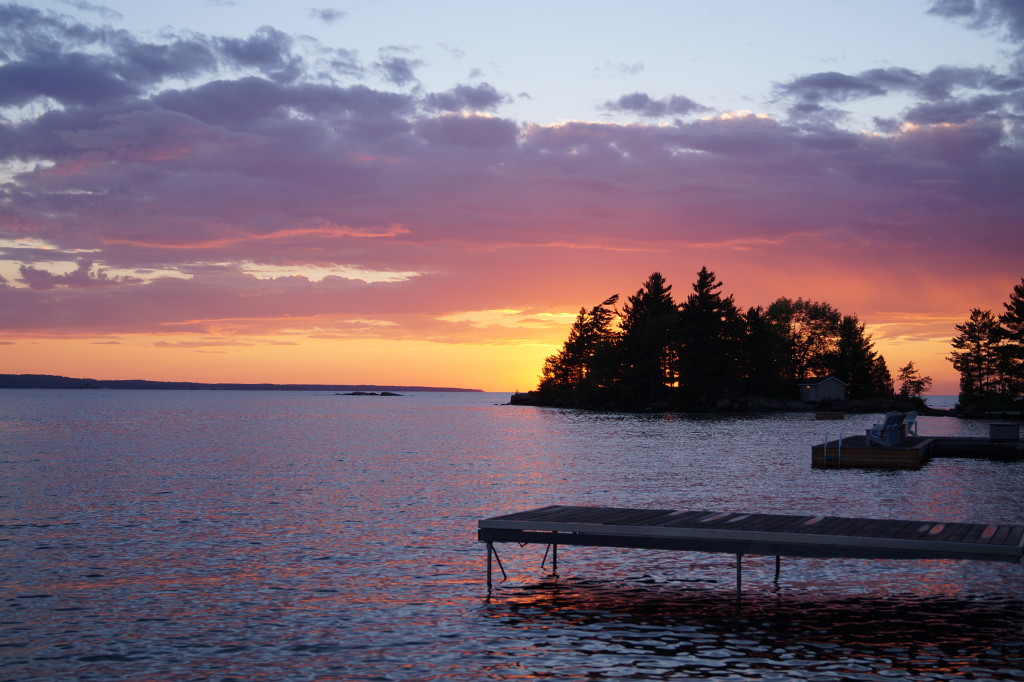