Will not consist of turkey, stuffing, green bean casserole, mashed taters and pumpkin pie…that is reserved for our American friends who will be stuffing themselves to the gills and watching a gazillion football games next Thursday.  Later on that evening, some of them will line up at department stores waiting for the bell to ring at midnight to signal the start of Black Friday.

I just don’t get all the hubbub about Black Friday.  Who thought it was a good idea to drag themselves away from a couch in a turkey laden stupor to go shopping?  All I know is that the craze has now crept over the border the past 2 years and invaded retail Canada.  We do not need another ‘Boxing Day’ sales bonanza…but apparently the retailers think we do.

Anyway, enough on that topic, the weekend is upon us and it’s time to relax and do some knitting (I can’t tell you what it is as it is a Xmas gift) as well as plan out my warp stripes for the Twill Tea Towels.  Weather permitting, I will drag hubby out for a walk (or two) and maybe bring some treats for Shiloh & Sierra if they are in their paddock.  They need more treats now that the grass has stopped growing with the arrival of cold weather.  The woods will be silent now that deer season has come to a close but the duck hunters will still be out as their hunting season ends at the end of the year.  Poor duckies….maybe I should knit them some kevlar vests.

Have a good weekend folks, here is your weekly menu inspiration… 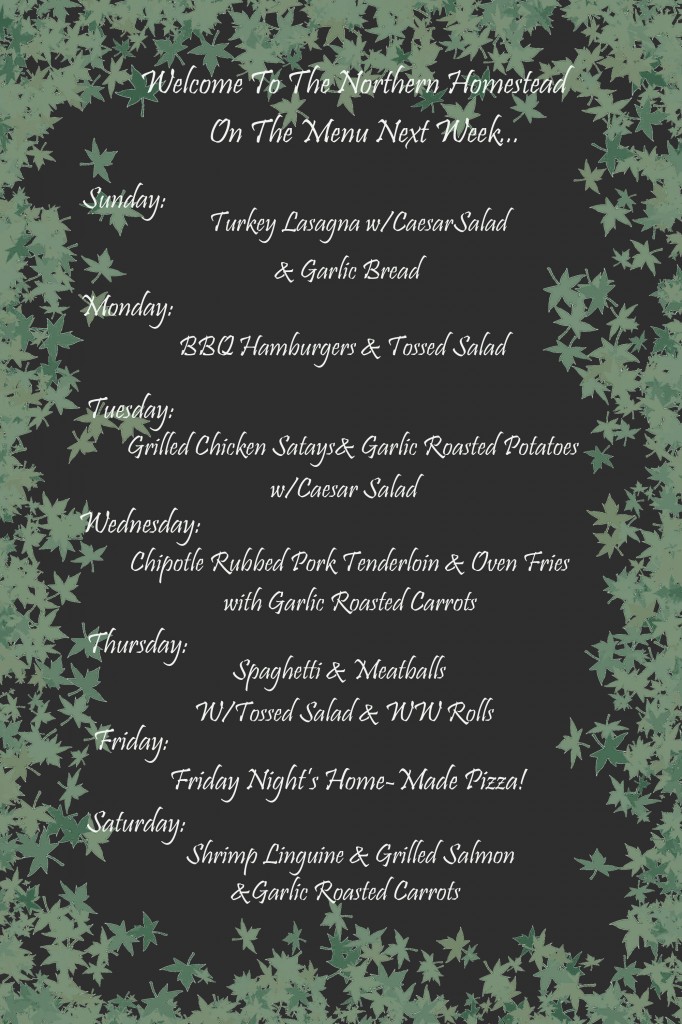