We had the pleasure of our Daughter and her Husband up to the Homestead for 9 days (they left yesterday).  While here, they enjoyed the sun, the stars, the wildlife and kayaking on the lake.

Our son-in-law is also a great cook, and I sincerely appreciated the help in cooking duties giving me some much needed breaks from the kitchen.  As their time with us was winding down, there was a mish-mash of ingredients and leftovers to do something with.  A little of this and that but not enough to make full meals out of.

So what to do them?

I showed my daughter how to make my pizza dough recipe, making one batch first to show her and then letting her make a batch for her and her husband.  She did fabulous, I think he is going to want her to make it weekly from now on, but that’s her problem 🙂

After the dough was sitting and resting, it was time to chop, chop, chop all the toppings, and believe me, we had a HUGE variety of toppings available.  Not just the standard pepperoni, mushrooms and peppers, but a huge assortment of meats from the meals of the previous week.

So Son-in-Law gets the idea to have a ‘Garbage Pizza’….basically piling it with as much of the leftovers as possible.  This is what he put on his pizza….. 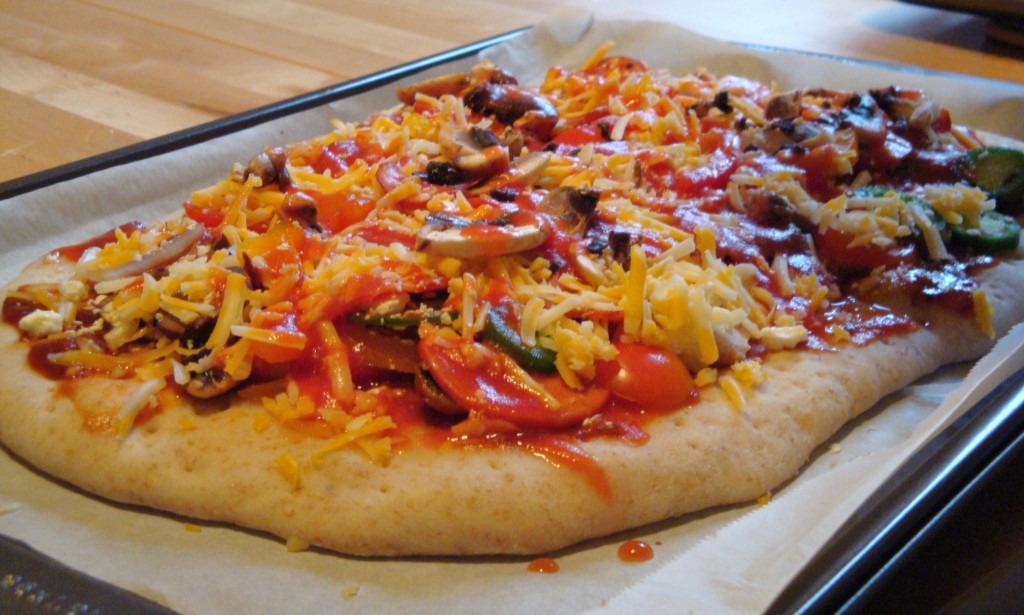 This thing was piled high.  I looked at this thing and thought, no way, knowing him, he would not be able to finish it as he is notorious for showing his ‘full face’…you know, that look you get when you are so uncomfortably stuffed to the gills after a Thanksgiving or Christmas Dinner.  So we waited with anticipation for the ‘full face’ to set in…….

But this is what we got instead….. 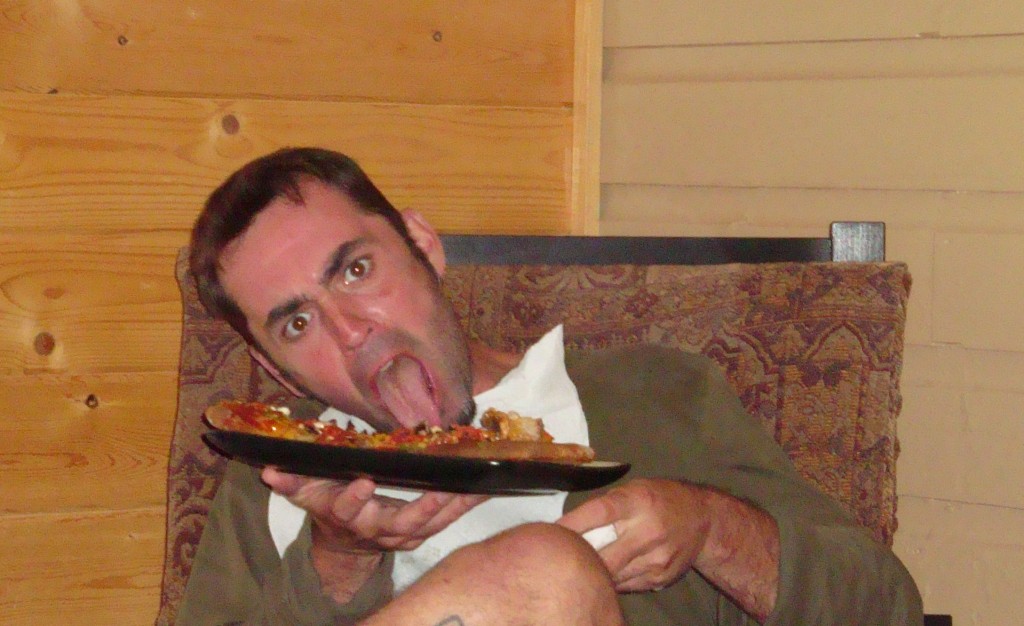 He really did eat the whole thing!