Yup.  Growing season has commenced!  Things are right on schedule in the seedling world.  So much so that I had to give the pepper plants a haircut to promote bushier growth as opposed to wanting to be giant bean stalk height.  They have been under a grow light since they sprouted and have just gone crazy.

The tomatoes are now well on their way. I started them a full month after the peppers because last year I experimented with starting peppers early to be immensely rewarded with fruit ready much sooner and more mature plants by the time I got them nestled into their summer beds.  The tomatoes will soon catch up and surpass the peppers in no time as they are such fast growers 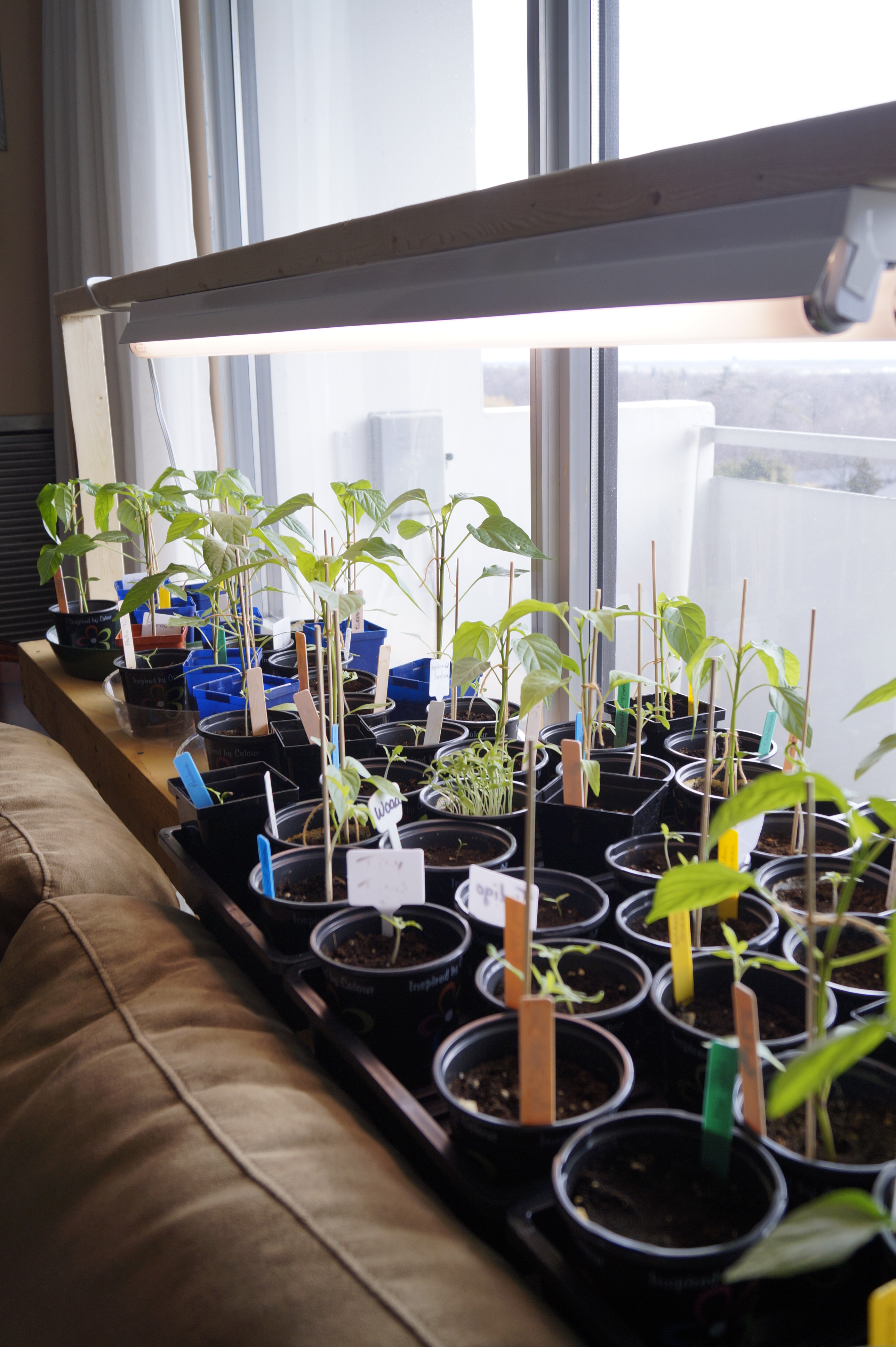 I have also started my next pot of cilantro as the first one is bolting already.  It doesn’t matter how often I snip and use up the ‘soapy’ herb, it still wants to bolt when IT wants to.  The mint is also getting out of control, he is ready for a hair cut as well.

I started the mint and basil this year from cuttings from last years plants as trying to get them started from seeds is a HUGE hassle, especially mint.  So I put the cuttings in glasses of water to root, then planted them where they slowly established themselves over the winter in pots.  In the past few weeks, they have exploded.  I gave the basil a severe haircut and froze the leaves in a new-fangled procedure I learned off the inter-web.  Once I go to use some of the frozen basil the next time I need some in a recipe, I will let you all know how it fared out. 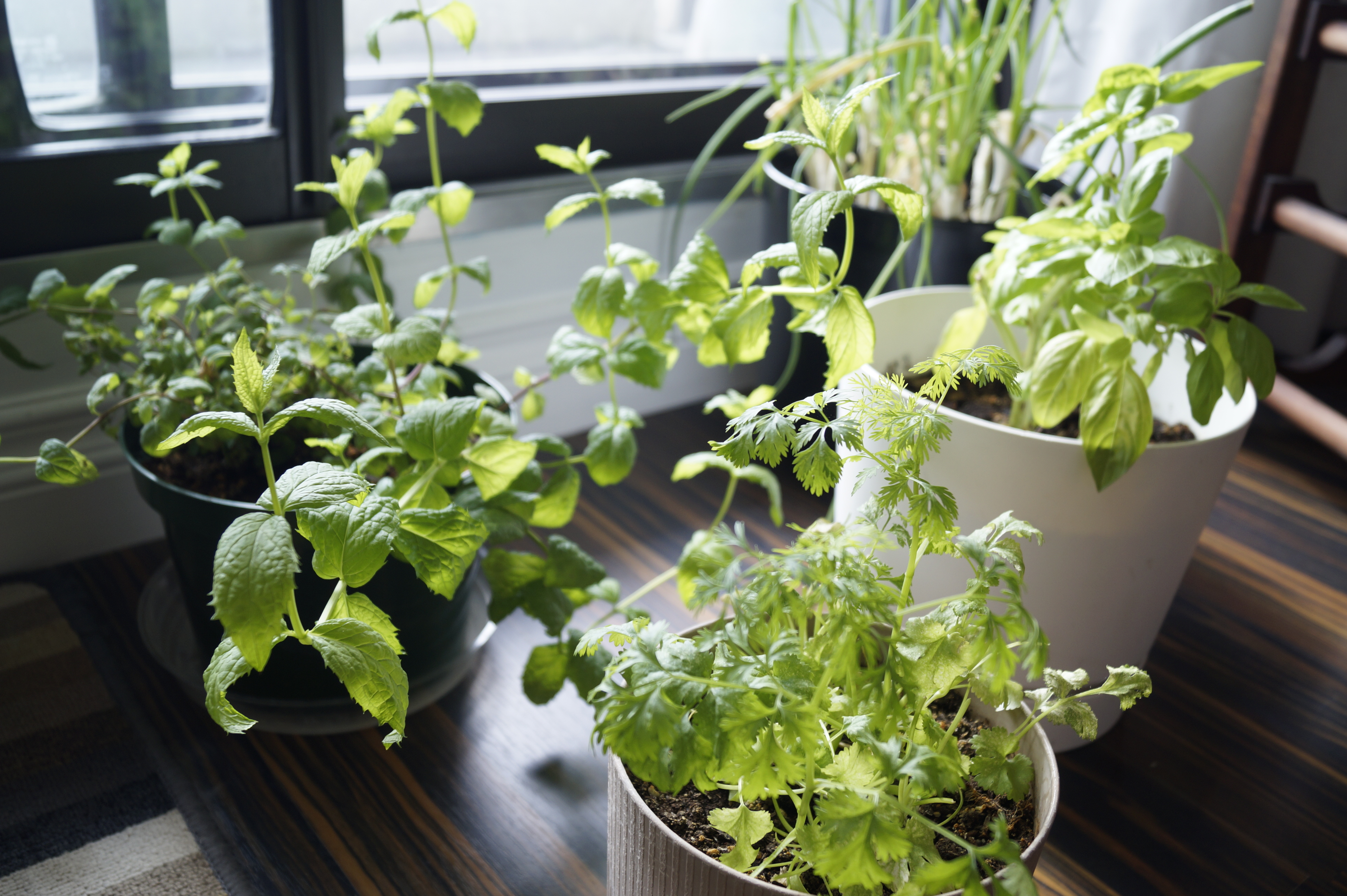 Now I just need to concentrate on keeping my little green buddies healthy until I get them planted at the Northern Homestead…which, with the way this Spring has been going (or lack thereof), may not be until August!

What have you started to grow? Do you have a favourite tomato or pepper type? or other veggies?