Saturday afternoon at the cottage was, for the most part, uneventful.  I raked up some 6 wheel-barrows full of leaves from the underbrush and painstakingly picked 2 large buckets of white, decorative garden stone out of a patch of dirt I wanted to plant some flowers in while hubs tackled one of the biggest tree stumps on the lot.  This took him the better part of 4 hours of hacking, sawing, leveraging, sweating and swearing….but he finally won and the offending stump was removed and banished to the empty lot across the end of the driveway.

A little later, I was inside getting some refreshments (lemonade, cause we worked so hard and you just know lemonade quenches thirst better than beer…or is it the other way around?), anyway, hubby comes in and says we have company walking up the driveway…who is it I asked?  Not a who, he said…it’s a what!

So I grab the camera and head outside and immediately hear a long string of loud and non-stop quacking… so I head up the driveway, and sure enough, a female mallard was incessantly quacking and waddling up our driveway… 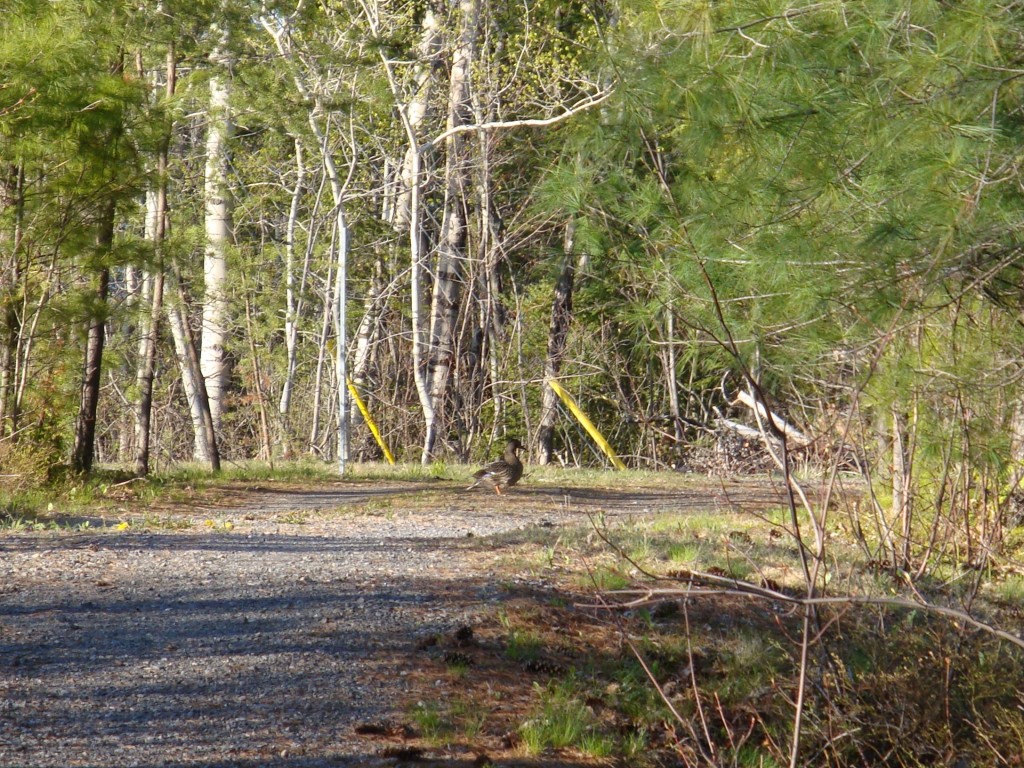 I imagine she was out looking for Mr. Mallard, who I am sure had headed over to the Moe-Zee-On-Inn that is just a 20 minute drive around the bay.  By the way, if you are not familiar with the North Bay area, the Moe-Zee-On-Inn is a ‘less than reputable’ place of ahem….”dancing ladies”….

No wonder Mrs. Mallard was so upset….