It’s hard to believe how fast *summer* flew by.  By summer, I mean that bright yellow thing in the sky that was supposed to give us heat for oh…say about 3 months or so?

Not this year.  We had snippets of heat, but certainly not what we are used to.  Rainy too.  Good thing I have a home-made recipe for killing moss, because I need to use it on my hair to get rid of what’s now surely growing up on my head.

With Fall snapping at my heels, it is almost time to pull out the soup pot.  First I have to use up what is left in the freezer though from late last Winter/early Spring.  I had a one cup container of my Madeira soup and a half cup of filling leftover from my Black Bean & Wild Rice Enchiladas in the freezer…hmmmm…what if I?  Hot damn, but that was a marvelous notion that popped into my head.  Combining the two made for a thick, chunky soup (albeit a small portion) that warmed me to my toes with the amazing flavours of Mexico and Spain united.  Love it when a spur of the moment experiment comes together. 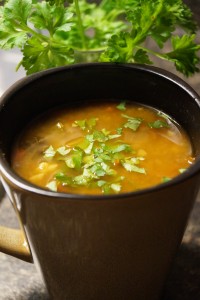 After that awesome dinner of experimental leftovers, I sat snuggled under an afghan, with a cup of cocoa at my side and yarn and knitting needles in front of me, I can now officially concentrate on attending to my UFO’s (un-finished objects).  Nothing like a blast of chilly air to spur one into getting that sweater or pair of mitts finished.

I had been pre-occupied with spinning the past few weeks and my knitting was sitting there pouting at the neglect.  My latest hobby has seen me perfect the technique of the drop spindle in taking soft, fluffy fleece and spinning it into yarn.  It is so cool to see it materialize before your eyes.  The trick is to keep it spun into yarn and not have it fall apart from being under-spun, or so tight and kinky it reminds you of Shirley Temples trademark bouncy curls.

Now that I finished spinning a practice bag of dyed brown English Wool roving into several bobbinfuls of *singles*, it was time to learn to ply two of them together.

Plying is like magic.  It takes 2 (or more) strands of hand-spun yarn and twists them together like a rope, automatically smoothing them together seamlessly into a beautifully finished product.  The end result is a balanced yarn that drapes well and doesn’t try to kink up on itself.  Magic! 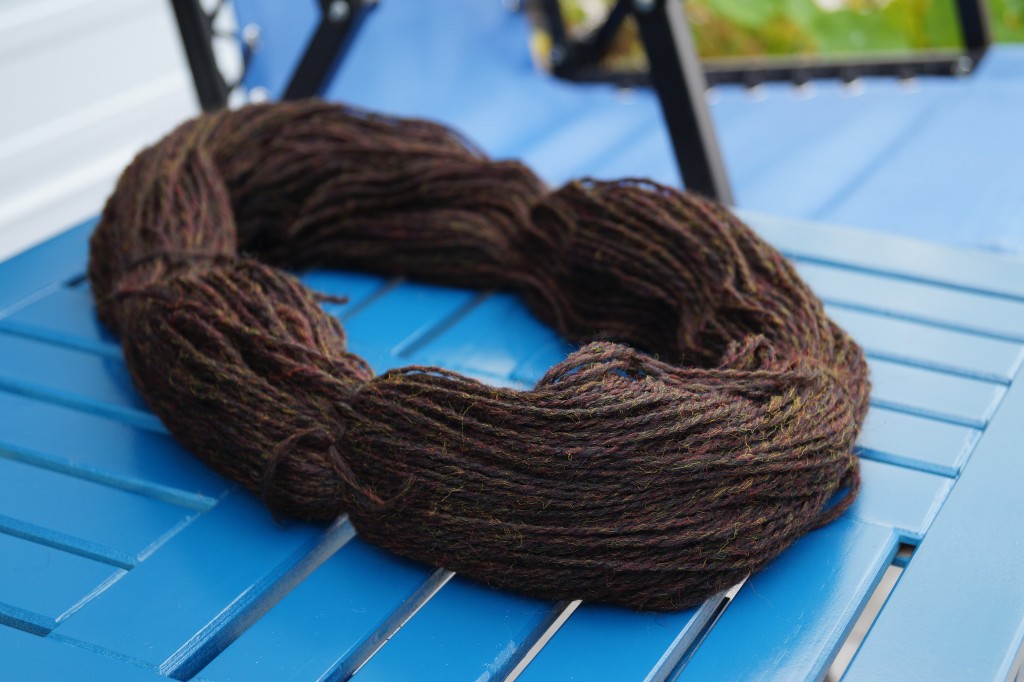 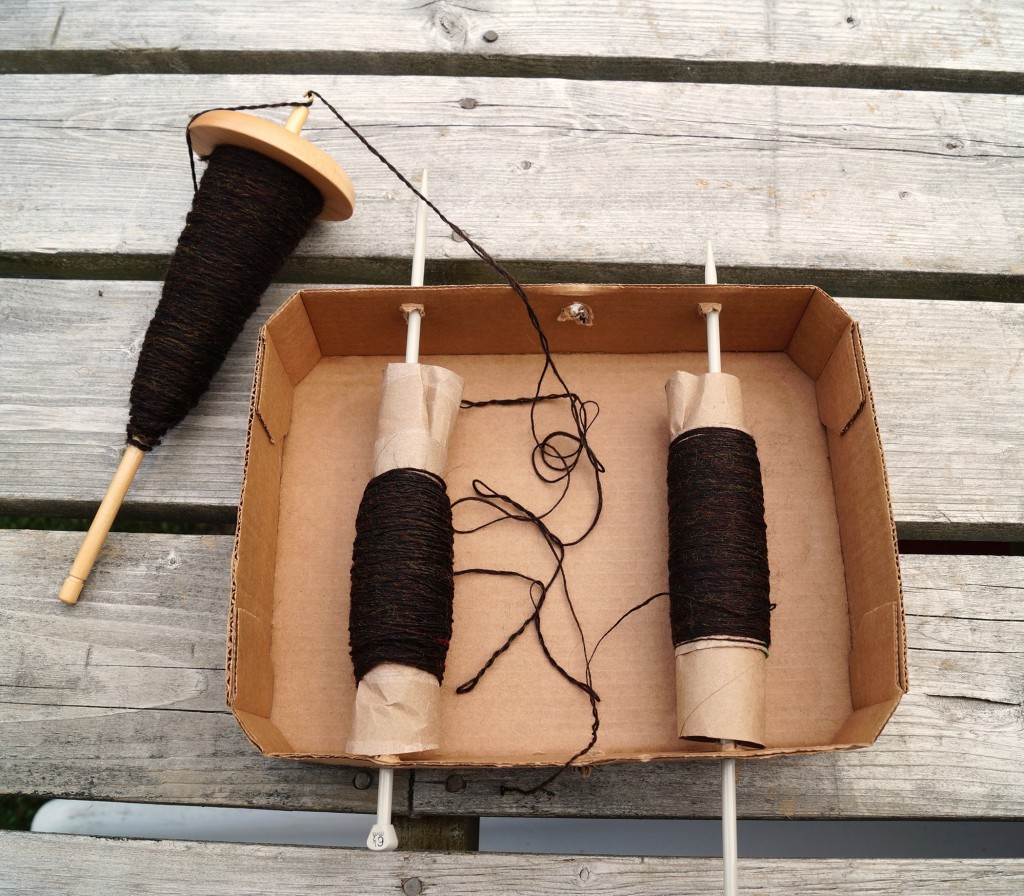 Pardon the crude “Lazy Kate” (a nifty item that holds 2 or 3 bobbins of single spun yarns to be plied together), necessity is the mother of invention and empty tubes of toilet tissue/paper towels make great bobbins while a box and knitting needles allow them to be unwound for plying.

Now that I feel comfortable spinning on a drop spindle… I *accidentally* acquired a brand new (well, new to me) toy.  A few days ago I took a run up to visit an Aunt & Uncle in Northern Ontario.  Leaving from the Homestead makes it only a 2 1/2 hour drive vs. a 7 hour drive from the southern home.  My visit was well worth the trip too!  My uncle’s mother owned a spinning wheel and from the time he was a tot, my uncle remembers his mother sitting down to the wheel and churning out bundles of hand-spun yarn to be turned into sweaters, socks, mittens and hats, after all, this was Northern Ontario, where the average winter temperature is a sustained -25C or lower.  Lots and lots of fleece was needed to  keep the family warm.

As no one else in the family wanted this treasured piece of history, they graciously loaned it to me.  What a beauty this machine is too!  With an interesting history to boot as to the manufacturer.  I won’t bore you to death with the details, but it came from a small company out of Manitoba in the early 1930’s that ended up starting the Mary Maxim yarn company.  For those interested, google Sifton, Manitoba and the Spin Well Mfg Co. 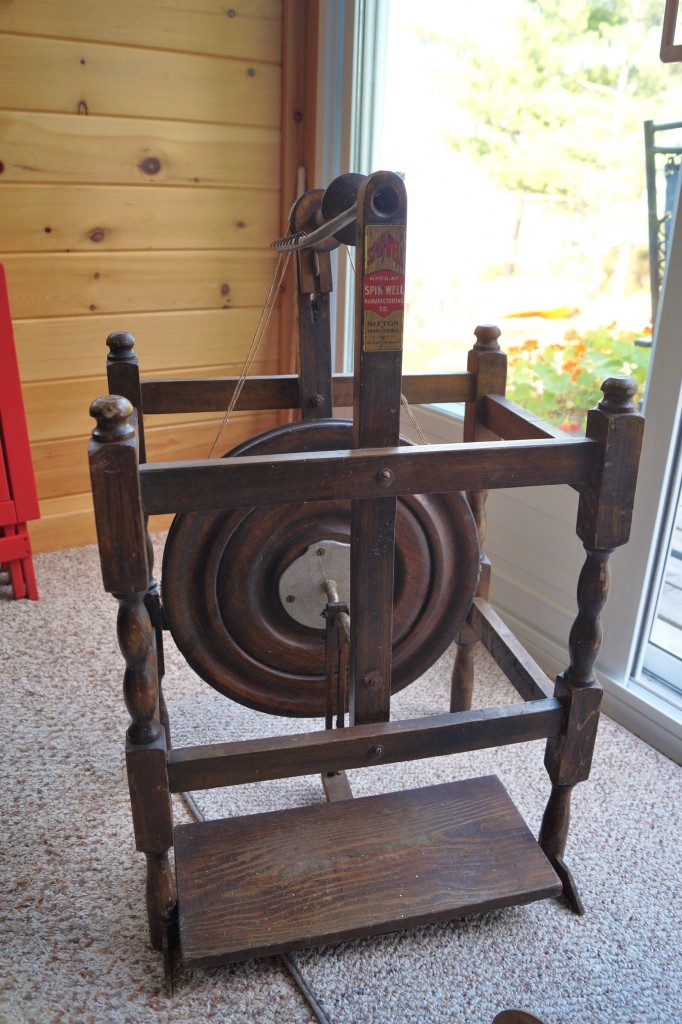 I brought my latest treasure back to the Homestead and once she is given a good cleaning and oiling of particular parts, she will be put through her paces to see if she can still deliver some hand-spun yarn.  Which I am sure she will have no problem with, it will be me learning how to use her to make yarn from a bag of fluffy fleece.  Spinning on a wheel is very different from a drop spindle, there are drive ratios to figure out, drafting to re-master and controlling the take-up.  Do I know what these mean yet? barely…but I will update y’all as I go. 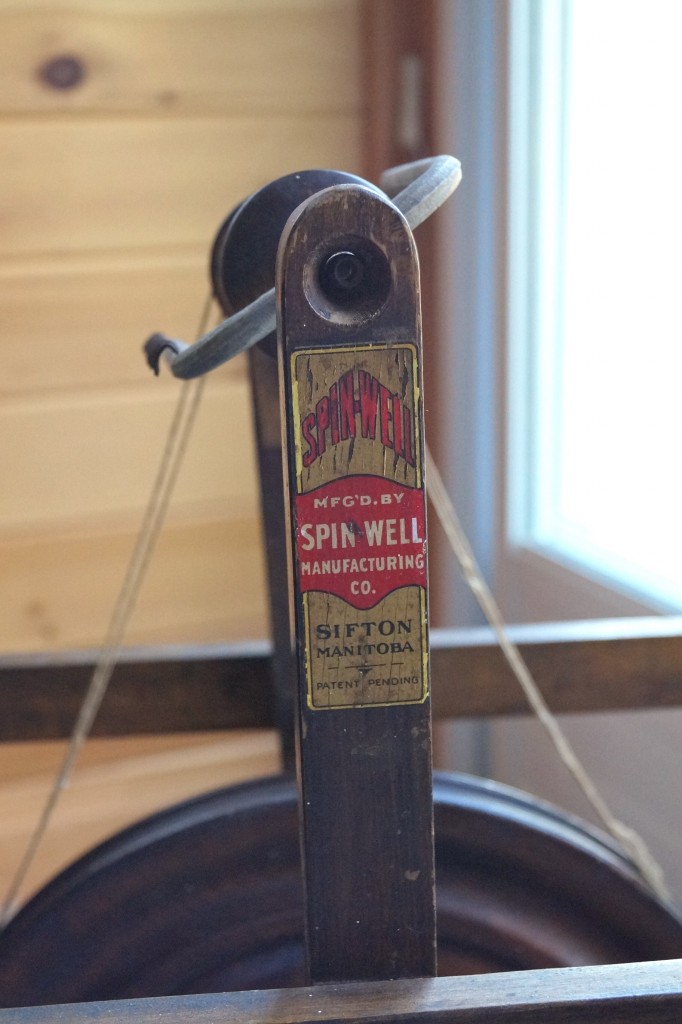 Meanwhile, I have a couple trays of tomatoes and Serrano peppers that are calling my name, so I best be off to the kitchen to process them.

2 thoughts on “From Sweaters To Soups To Spinning”