Tie Round, lets hope there isn’t a Rubber Match next Spring.

Mid-April this year saw our dock get trashed in less than a minute from a very peeved and obviously menopausal Mother Nature.  This is the before shot.  The lake was starting to melt and warm Spring temperatures were a welcome respite from the long, cold winter days. 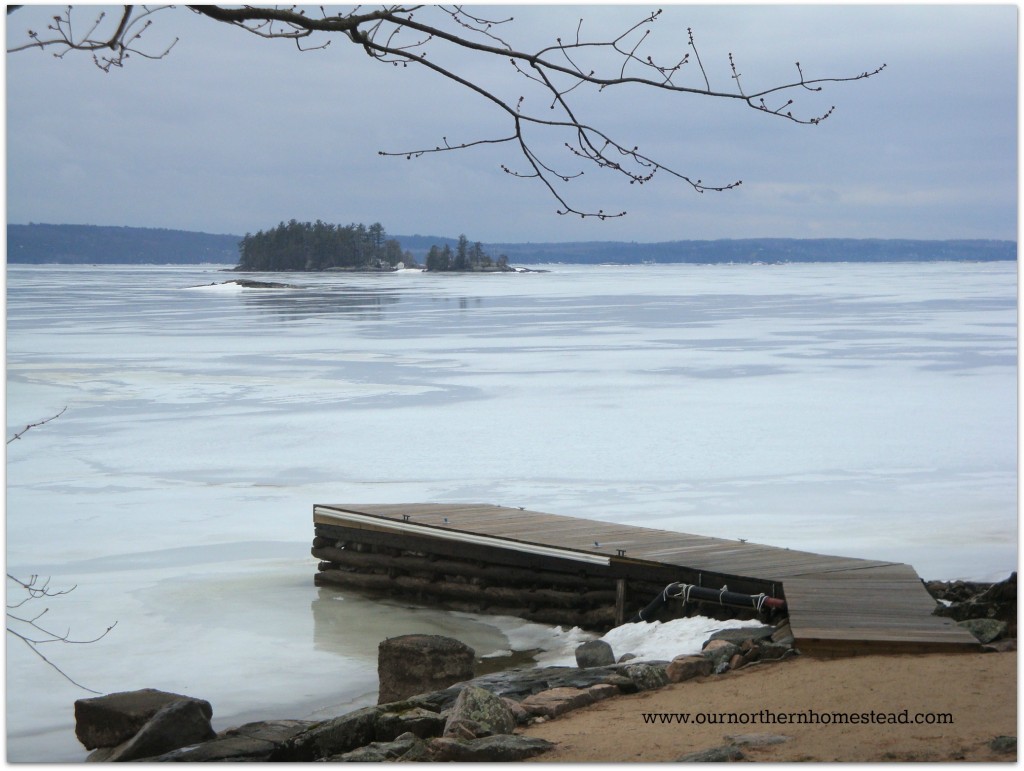 Then She threw her hissy fit… 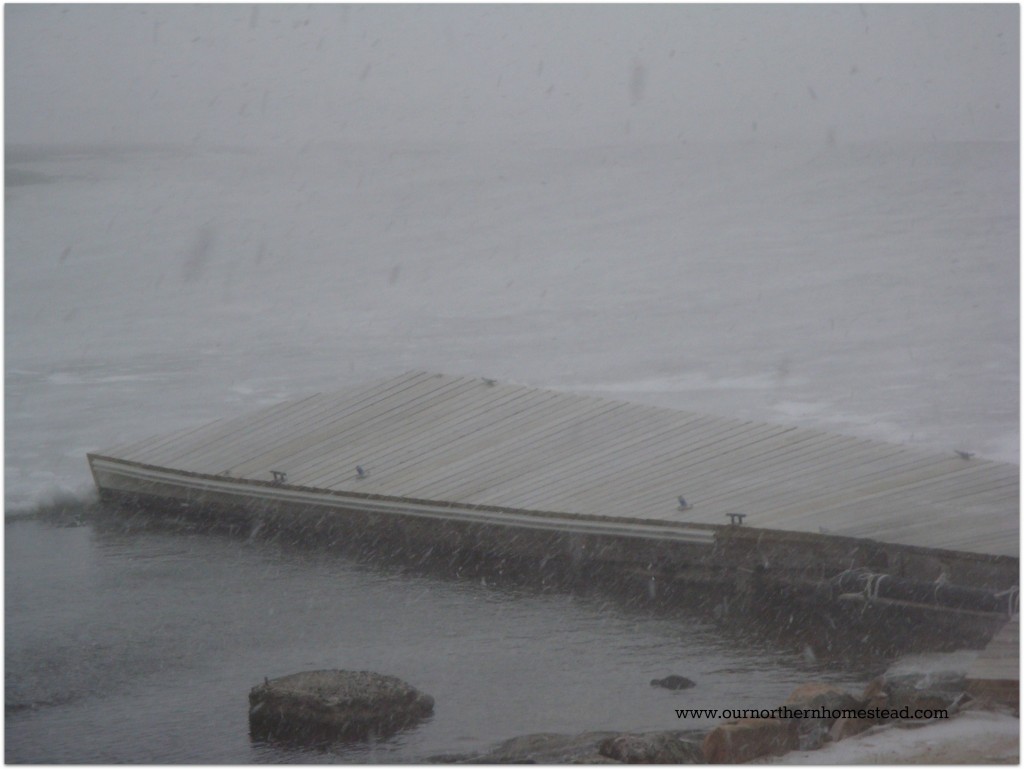 And left us with this…. 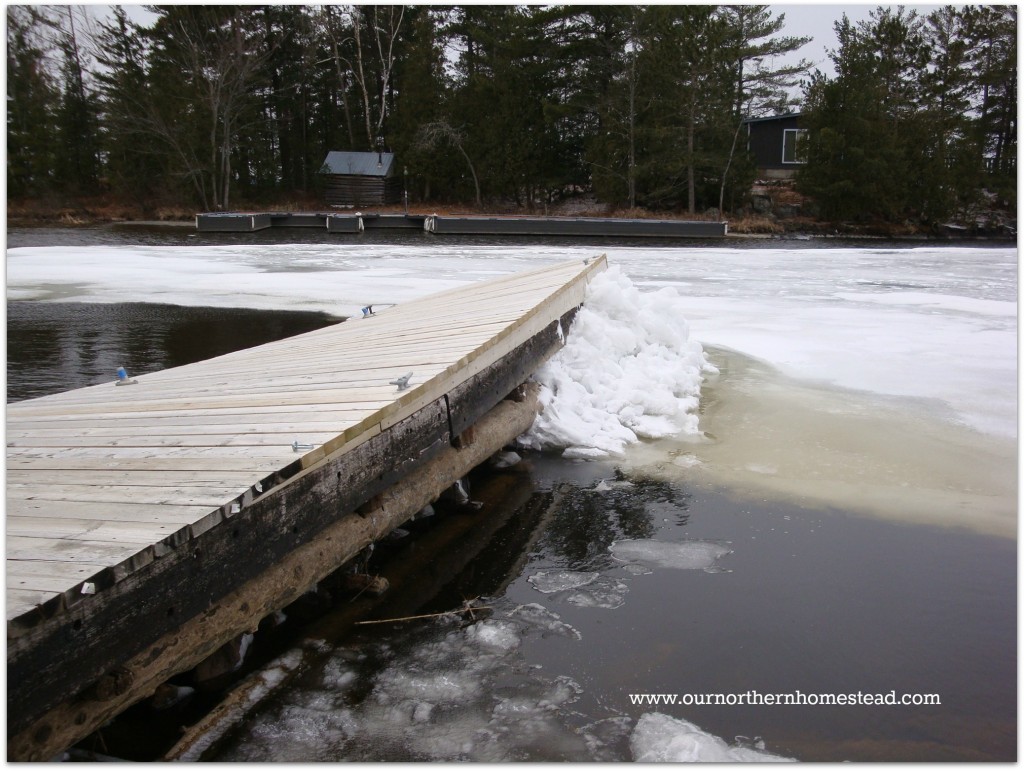 Hubby had just replaced the entire deck 2 years ago but now he had to remove all his hard work.  As he was removing deck boards, the Spring rains came…and came…and came… 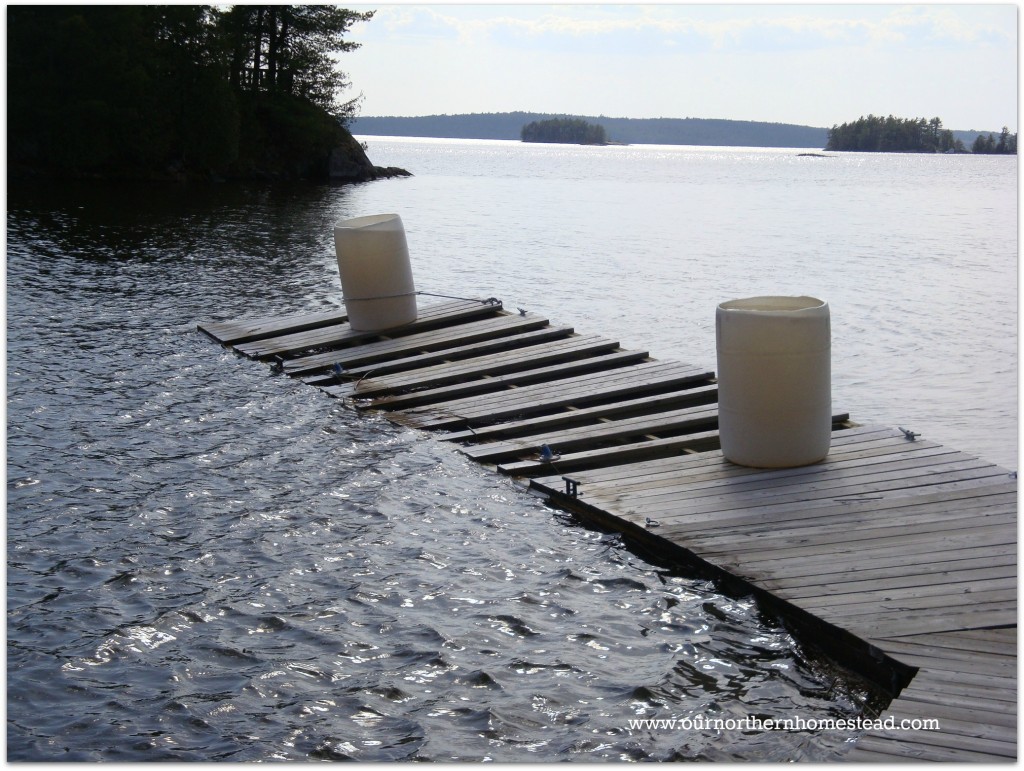 We had to put barrels filled with water on the dock as a preventative measure against the deck lid pulling free and floating away with the rapidly rising waters.

When the water finally receded, it was time to remove the remaining deck boards and assess the damage and come up with a solution. 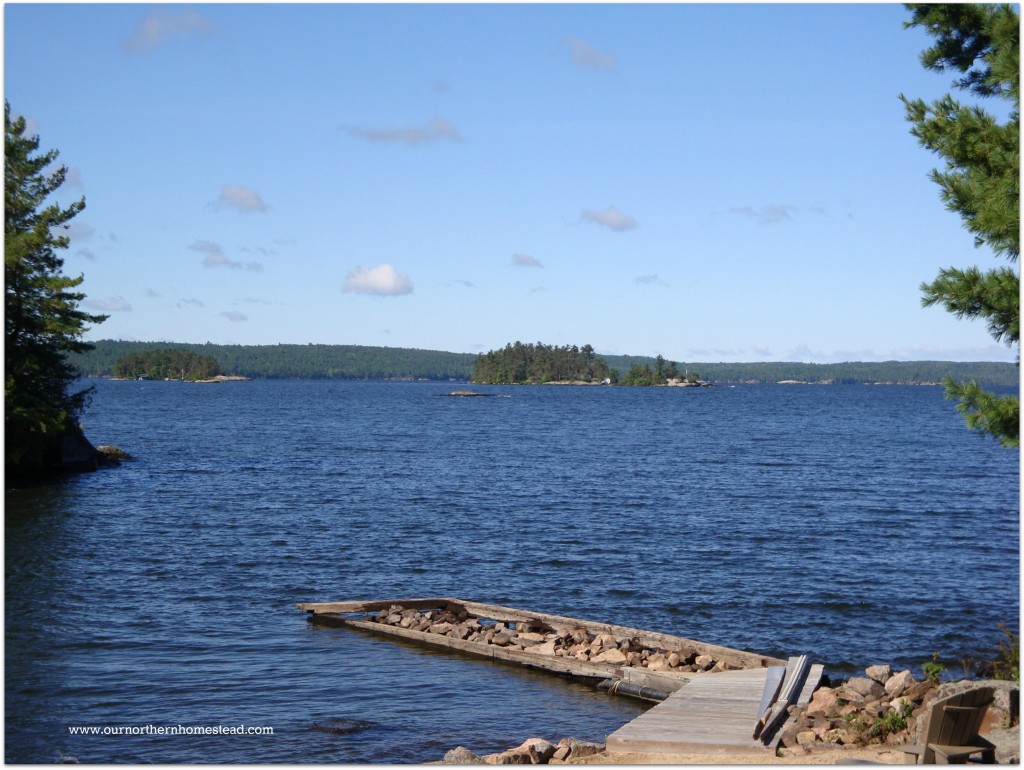 With the one side being heaved up, it caused the other side to fall off the lower crib beams and dangle downwards.  After several attempts (unsuccessfully) to move (with a come-along device) the dock back into place.  It was on to Solution # 2.

Jack and shim up the side that fell off and then cut and re-angle the end cross piece so it fit the new span width, which is narrower now than what it was before. 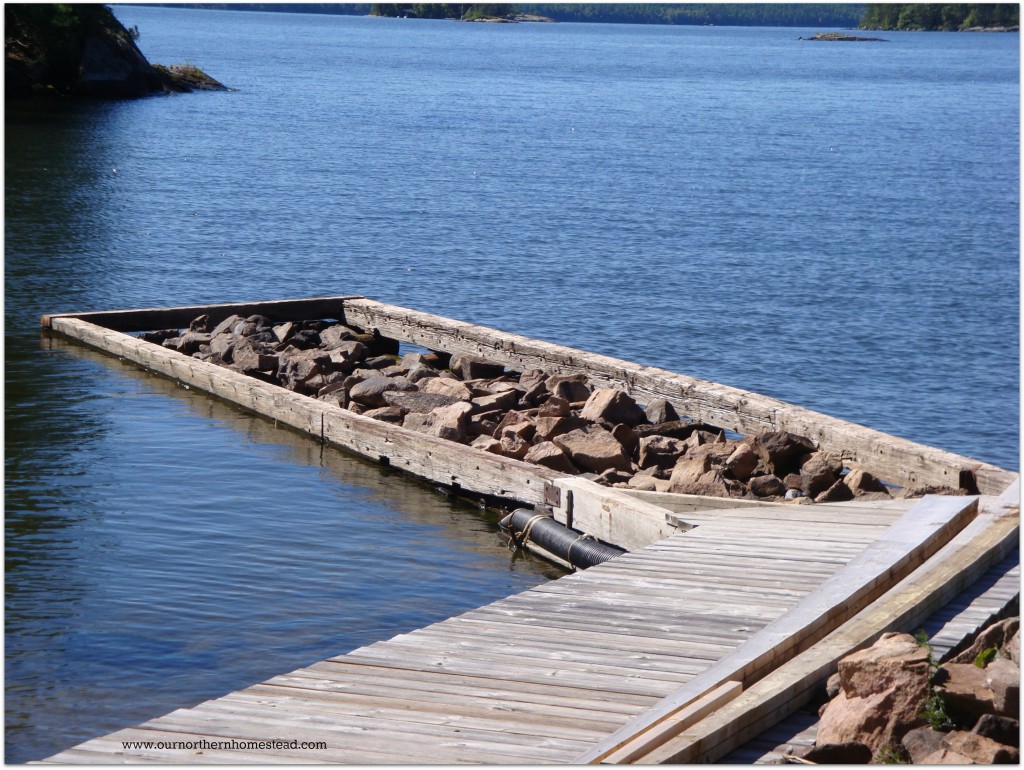 Starting to take shape.  At least we now have a point to rebuild from. Due to hubby’s work schedule, he was unable to do anything for pretty much July and August.  That left the waning Summer days in early September to get into the water (which at least was tepid warm and not hypothermia cold) to attach the new side beam. 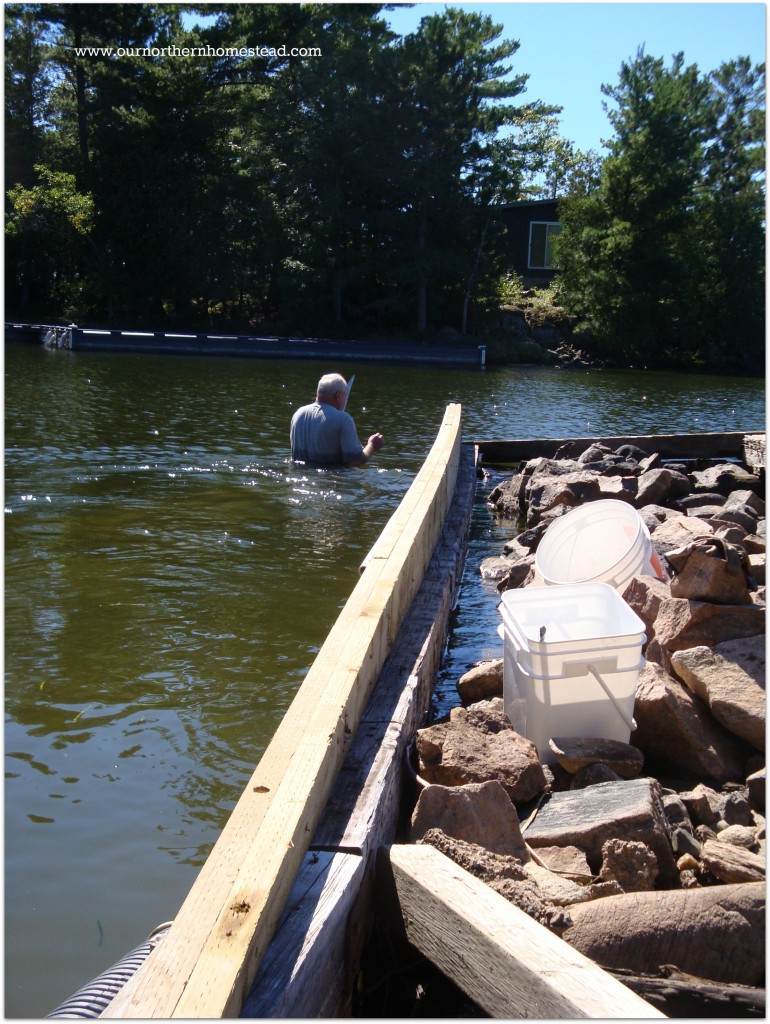 Once the side beam was installed, it was on to building the inside frames, reload the spaces with rock taken out in the Spring and lay the deck boards. 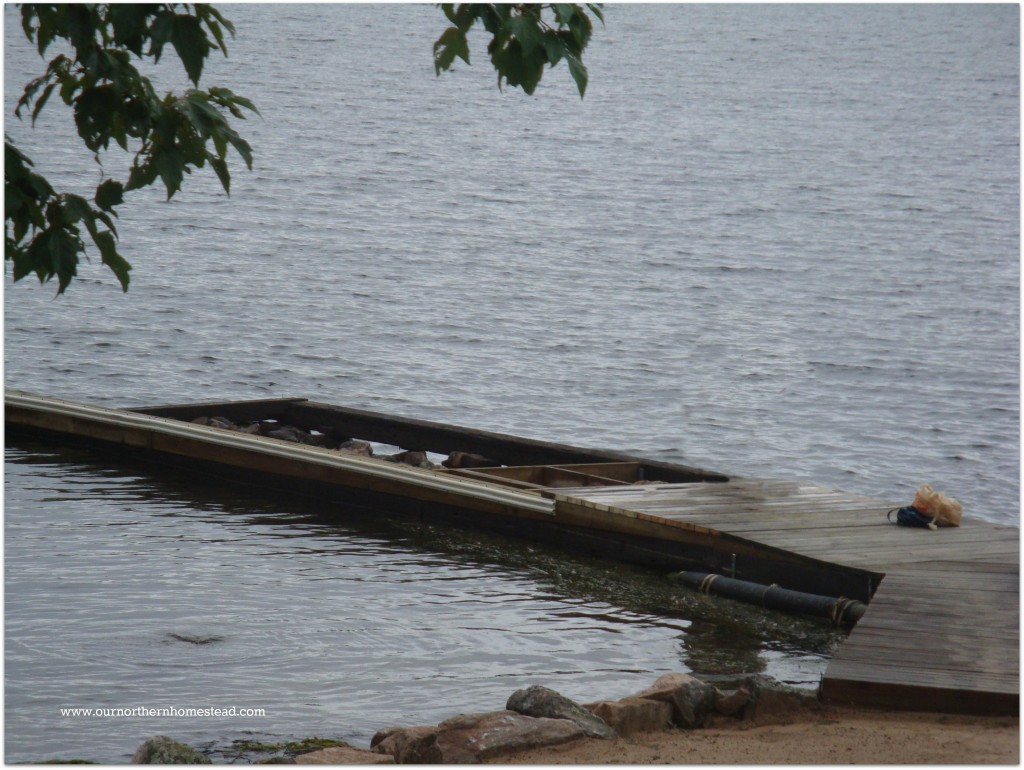 We thankfully were able to reuse the deck boards, but because the dock is slightly narrower than what it was before, they all had to be re-cut to the new width.

The ducks were mighty happy to have their sunning and preening spot back.  They showed their gratitude by leaving behind little *presents* on the dock….of which hubby was clearly annoyed with.

Last framework done and into the homestretch! 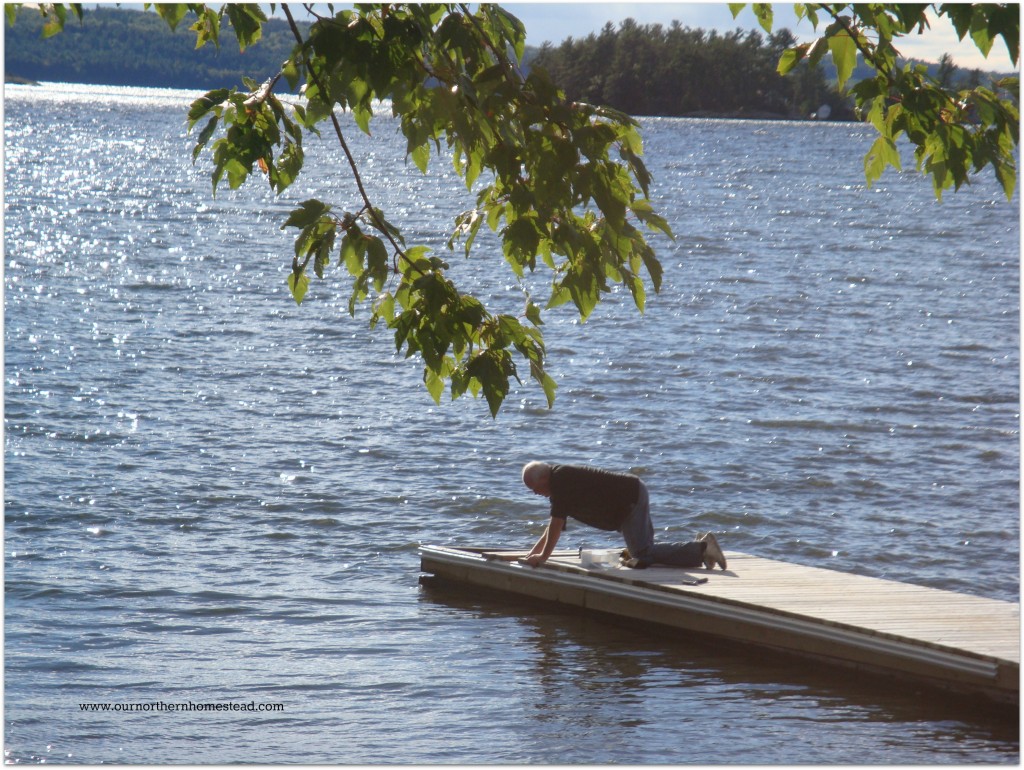 Just a few more boards left…you can do it! 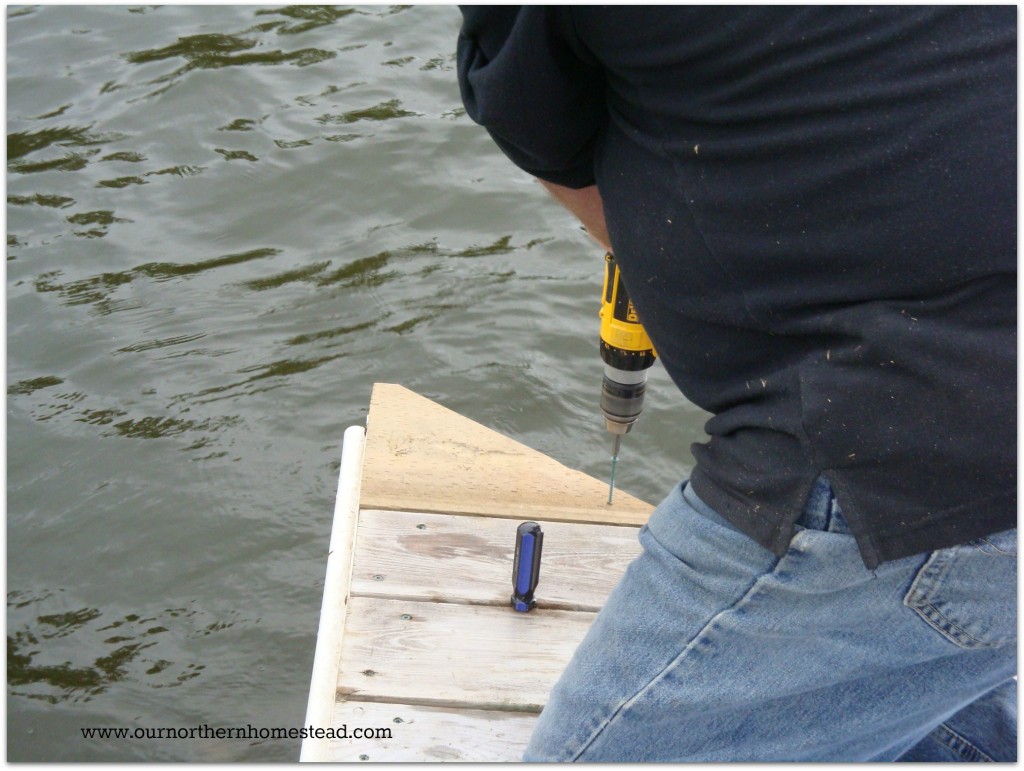 Last piece of the puzzle being installed. 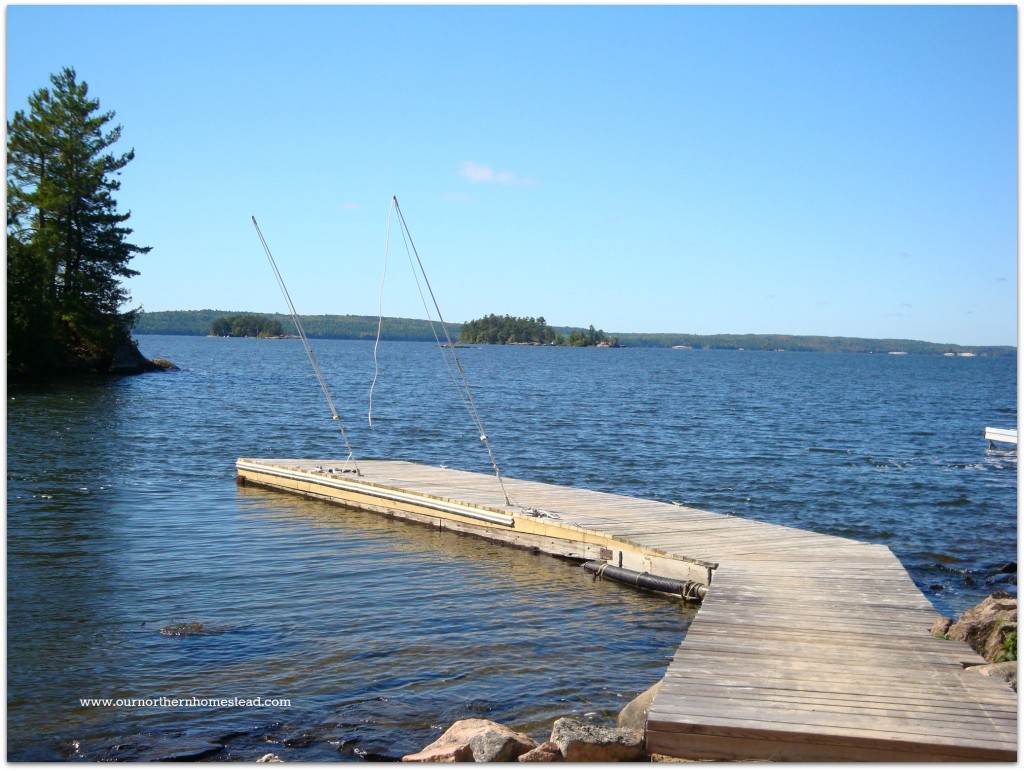 All that was left was to re-install the hardware and….. 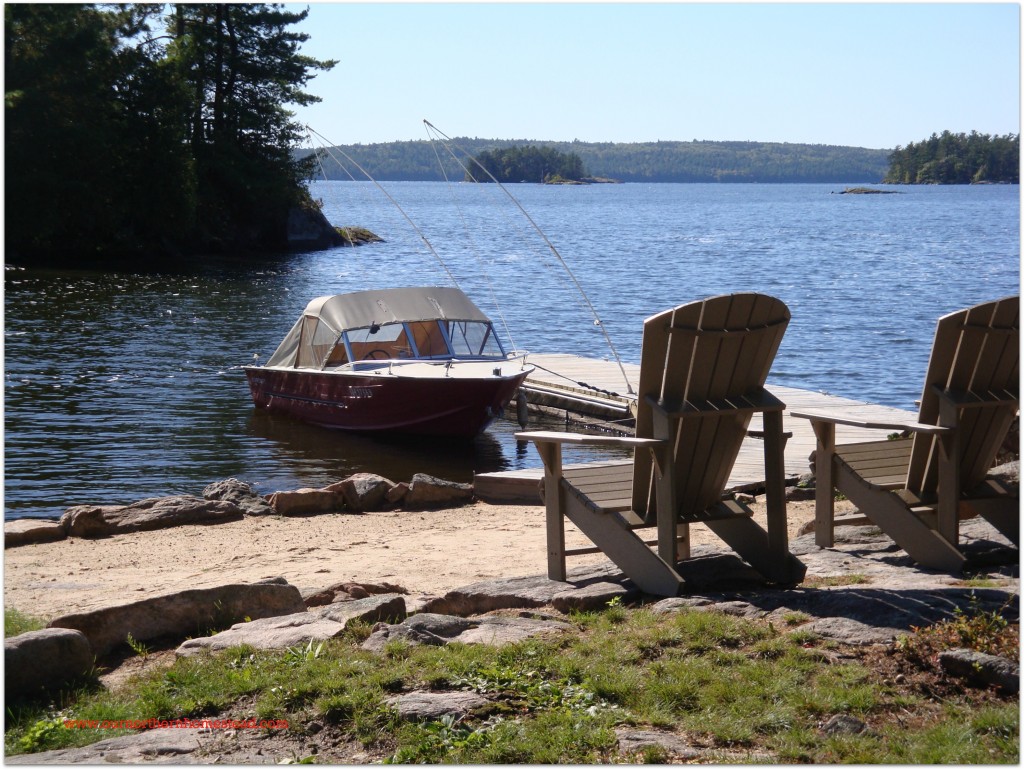 Get the boat back in the water and tied up where it belongs.

The journey began April 20th and lasted until September 22nd.  Mother Nature, I surely hope you will be kind to us next Spring….I don’t know if hubby is up to another monumental rebuild.  There isn’t enough Ibuprofen left in our part of the country.

Many thanks to hubby who worked tirelessly getting the job done.  You are the best! xo