Diary of a Homestead Vacation Continued….(see prior post here)

Gardening is an almost daily chore, but I don’t really think of it as a chore.  If it was a ‘chore’ like house cleaning, I certainly wouldn’t enjoy it, nor would I have any gardens.  I rather think of it as ‘coddling’, like you are doting on a grandchild.  Spoiling them with rich foods and letting them stay up late and generally running amok before you ship them back home high on sugar.  Bonus is after all the coddling, I get some pretty tasty produce to eat, can and preserve as well as pretty flowers to look at.

I have my vegetable gardens that are doing quite well and I also have a large garden bed devoted just to flowers.  Originally I had wanted it for a vegetable garden, until hubby mentioned..”um, isn’t that a little close to the leach bed of the septic?”… Good point, I thought, glad I keep him around or we could potentially be eating contaminated veggies.

With that obvious revelation, it became a flower bed, and last Spring (2012) as well as the one that just went by, I dug up Tiger Lilies from our garden down south to transplant up here.

They are ridiculously expensive to buy one lily plant and I have masses of them at home to pilfer from, thus saving mucho dinero.  Even after culling about 20 plants, you wouldn’t know I had taken any by looking at the home garden today.  Tiger lilies are very prolific and so easy to care for, just plant, water occasionally and let ‘em go wild.

Here they are in 2012 after I first planted them… 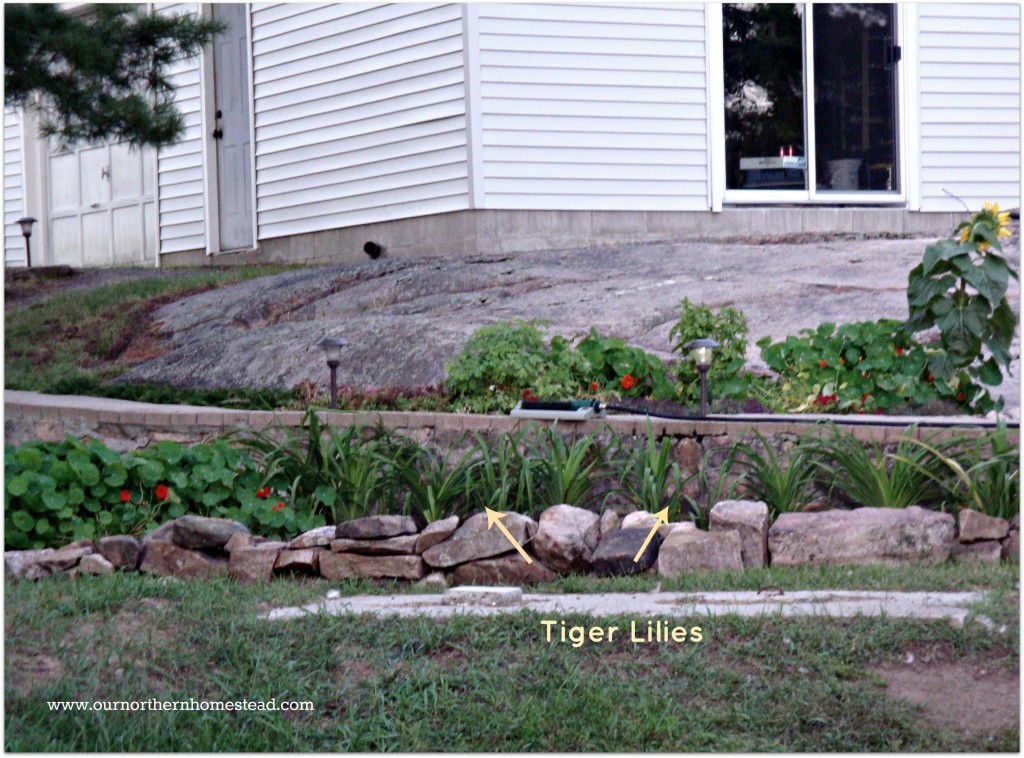 and this is what they look like now…they have grown exponentially and are filling the space in nicely. 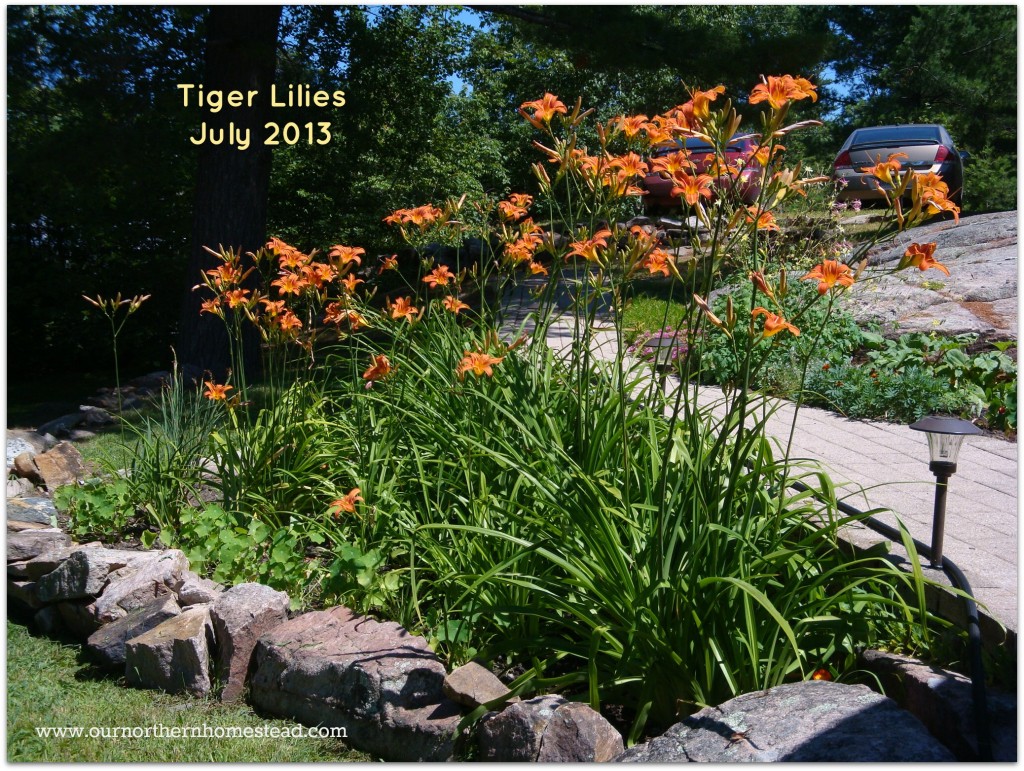 With the bulk of the space being devoted to lilies, I wanted things around the outer edges to pop up at different times.  So last fall I planted Daffodil and mini Iris bulbs at each end. 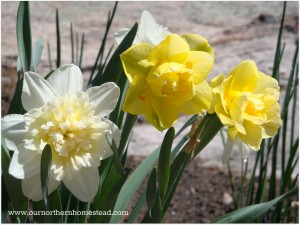 The Daffies came up first in April, followed by the Irises in May.  It provides some colour other than green when things are just starting to grow and having the blooms staggered offers each one centre stage during its particular blooming period.

Once the end of May came (and the last frost date passed for our zone), I planted Nasturtium seeds in the front and Sweet Pea and Rose Mallow along the walkway wall behind the lilies.  The Rose Mallow is just starting to flower now (mid-July) but I am still waiting for the Sweet Peas to do something other than wind itself around anything its tendrils can grasp. 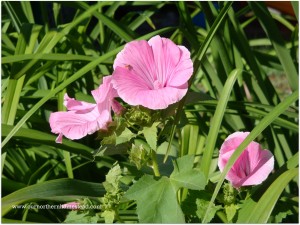 I also scattered some Black Eyed Susan seeds at one end, of which hubby says “when are you going to weed the garden? Look at that big patch of tall ones over there”…”those aren’t weeds” I said, “they are Black Eyed Susan’s”.  “Well, they look like weeds to me” he says.  Hmmph.  Anything other than a blade of grass looks like a weed to him.

Speaking of tall weeds, it was time to dig up my garlic bulbs. 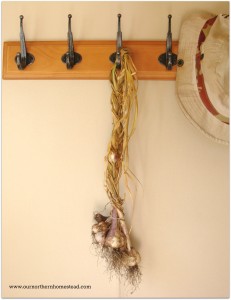 I had planted about 16 cloves last Fall, but only a handful survived the winter.  How do you know when garlic is ready to harvest?  The tall, green spikes will start to wither and turn brown just like Daffodil or other Spring flowering bulbs.  Then you will know they are ready to be unearthed.  With a shovel, I carefully dug down several inches around each one and gently popped them to the surface.  Garlic bruises easily, so take care in digging them up.

Once out of the ground, gently brush most of the dirt off the roots (do NOT wash!) and tie them all together in a clump and hang in a warm, dry space out of the sun and rain.  Leave them like this to dry for at least 2 weeks, afterwards, place them in your cold cellar or if you fancy your braided garlic as a decorative item, leave them where they are and just cut off a bulb when you need one.

With the gardening chores done for the day, it was time to relax with a cold one on the deck.  Tomorrow was going to be another fun chore day that I needed to psych myself up for…..

2 thoughts on “Chapter 4 of the Homestead Vacation”