You can fight City Hall, you can lobby your Government for change, but if there is one thing that will always be a losing battle, it is trying to fight Mother Nature.  You would have more success bailing a boat with a thimble in a torrential downpour than beating the Grand Dame.

This past weekend showed us her true powers.  One day she blesses us with sunshine and warming rays, the next, she is raging with snow on 35 km winds.

Friday night the wind howled all night long, we woke up to flurries being blown sideways from the west.  Not a good wind direction as that is the direction our Homestead faced.  The lake ice had started to melt closer to shore and was breaking up due to 2 days of very heavy rain last week.  Astonishingly, the lake level rose 21 inches in one week.   From the time we arrived at the Homestead Friday afternoon, you could literally watch the lake level rise by the minute.  Pretty much just the newly arrived ducks were happy after their long migration to have lots of open water to feed in.

As I watched the blinding snow, I suddenly heard loud, banging noises, like the tail-gate of a dump truck slamming repeatedly….I looked over at the neighbours dock to see that the winds were blowing the ice in towards shore and his pipe dock began to buckle under the sheer force of the ice being shoved into it.  The underwater pipe legs of the dock were snapping like toothpicks under the pressure… the entire deck lid was now arcing downwards, pointing nose first into the water. 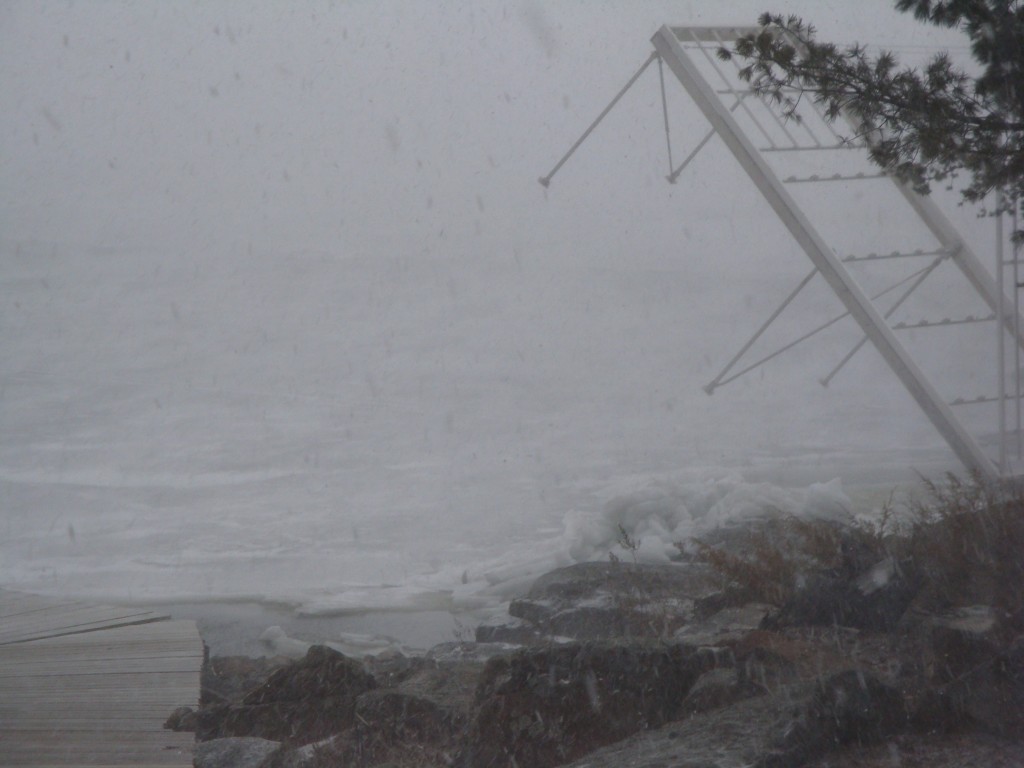 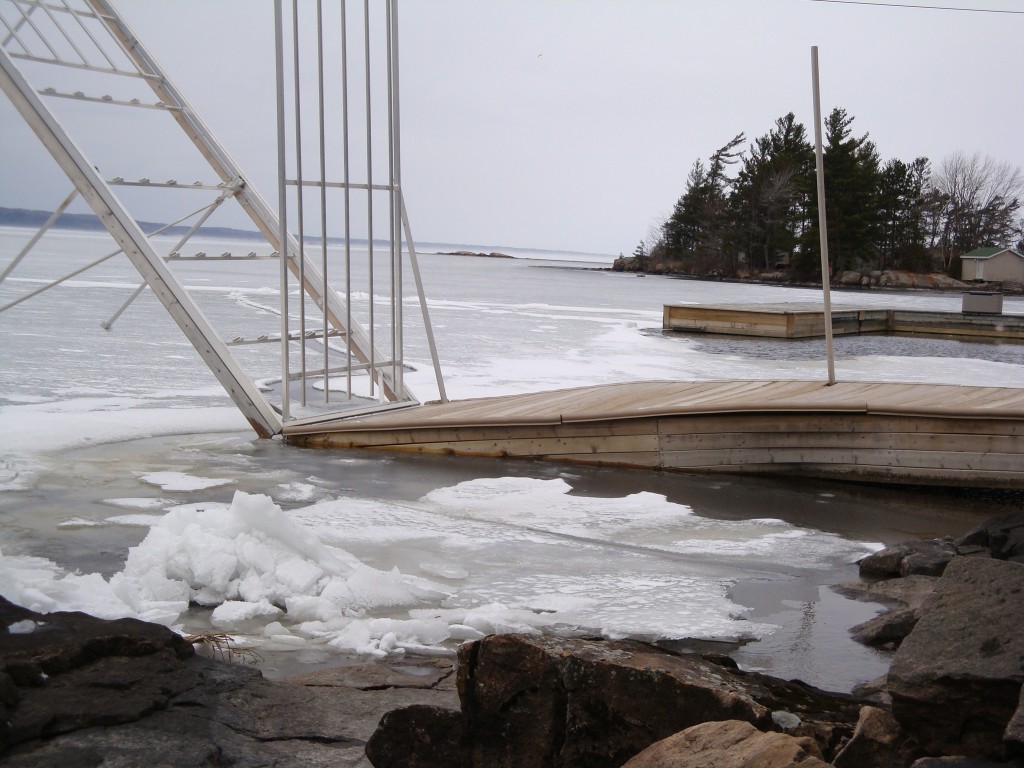 Hubby and I watched helplessly as the ice started piling up against our dock.  Ours is a crib dock, with seemingly tons and tons of rock and small boulders weighting it down in place that has withstood what Mother Nature has thrown its way for better on 30 years….but not today, the newly rebuilt deck top was lifted off like the lid from a can of tuna and shoved over a foot and half to one side.  In the span of less than a minute, the deck lid was sloping on at least a 30° angle, perfect if you want a summer slide into the water….not good for trying to dock a boat at though.

Within half an hour, the winds subsided and by afternoon, the clouds disappeared, the sun was shining and what snow had landed was all but gone.  The warmth of the sun blinding the memory of the fierce winds that tore through the area that morning, leaving upended docks around the lake as an ugly reminder of the powers that Mother Nature can conjure up when she desires.

Not a whole heck of a lot you can do except to roll up your sleeves and get to working on a plan to fix things up, all the while keeping a watchful eye on She Who Ravages…for the next time she displays her fury…