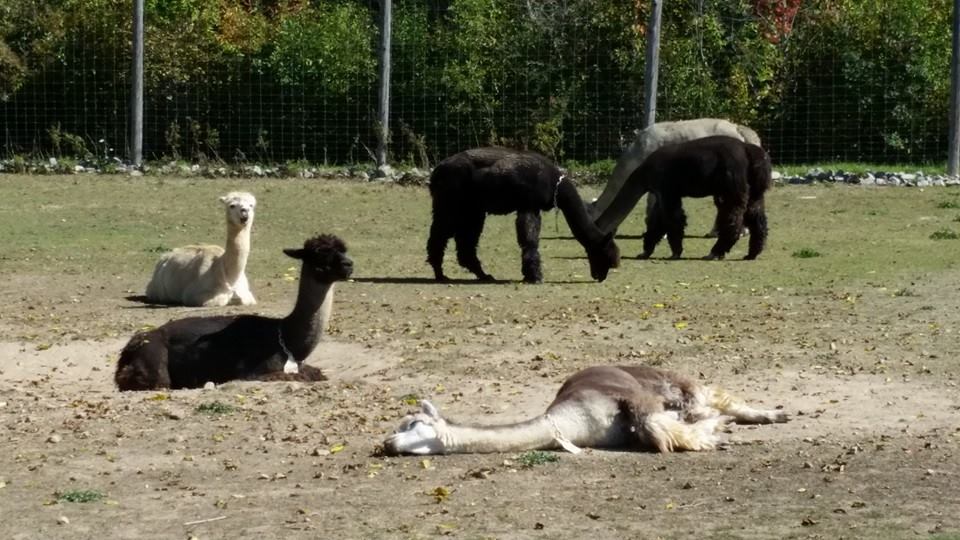 Fert & Palladin are Alpacas living on a farm just outside Niagara Falls, ON.  In October 2014, my daughter and her hubby went to go visit the farm on one of their very few days of the year that they allow visitors.  Unfortunately I couldn’t go with them that day (boo), but they did bring me back a piece of the farm.  In the form of 2 alpaca fleeces.  Not just a part of the fleece, but the-whole-fleece of 2 animals, which weighed about 3.5 lbs each.

Fert is a lovely brown fleece with highlights of red on the tips from the sun’s bleaching rays.  Palladin is as white as snow, after a good bath that is as both fleeces were pretty darn dusty but with minimal VM (vegetable matter, i.e. bits of hay & grass). 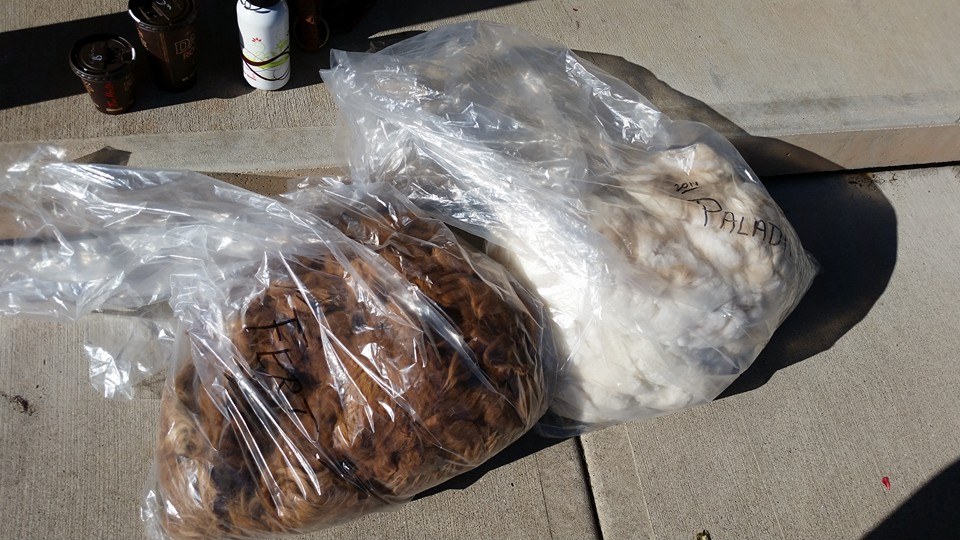 My mind spun (get it) as to what I could make out of all this lovely, soft fibre.  An idea formed and it was time to get to work.  Once the fleeces were clean (which took me close to a month between other commitments), it was time to start carding and spinning. 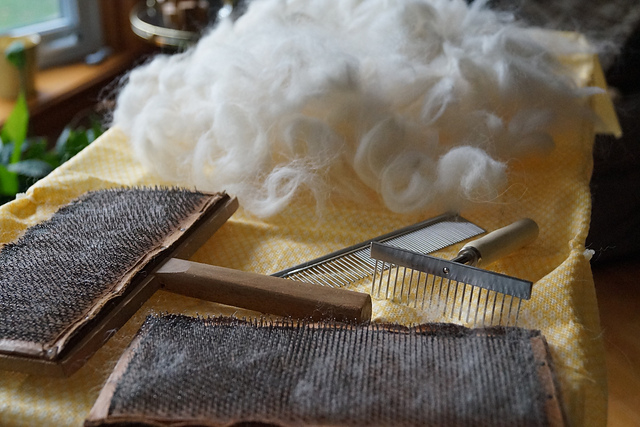 I first started with Palladin, whose newly washed fleece was brilliant white and as soft and silky as bunny fur.  With an idea in mind, I needed to figure out how much yardage required for the whole project and then back track.  Lots of math involved.   I hate math, hated it in school and always said to myself, “just where I am going to use all this darn stuff? No one can possibly use all this math stuff in the future”, well, here I am today doing tons of math not only in spinning, but weaving and knitting too.  Bah, anyway, back to math calculations and sampling, yes, sampling, not only do you have to do your math, you also have to make a small amount of yarn and then sample with it to make sure what you have in mind as gauge will work out for the intended project.  Like knitting instructions always say at the start of every pattern “To save Time, Take Time to check Gauge” (who me? guilty of NOT doing this? I won’t answer that)…..

Not wanting to waste 2 alpaca fleeces, checking my math and sett/gauge were even more important.

So I carded and spun up a small amount of fleece, then warped up my small Cricket loom to check how dense/open a fabric I wanted.  I started out at 12 epi (ends per inch) but the resulting fabric felt too stiff/dense.  I rethreaded the loom using my 8 epi heddle and while it appeared far too open, I knew that ‘wet finishing’ would tighten up the weave.  So I washed/dryed the sample and the resulting fabric was in the ballpark of what I wanted.  Time to finish the calculations now that I knew what sett (loom speak for warp thread spacing) to use.  The pic below shows fleece to finished fabric, yes, the two items on the right are gray as I was playing with natural dyes when I spun this last summer so took the opportunity to experiment at the same time.

All that math behind me, it was now time to get into the groove of carding and spinning up all the alpaca, which took me almost a year between other projects/life. 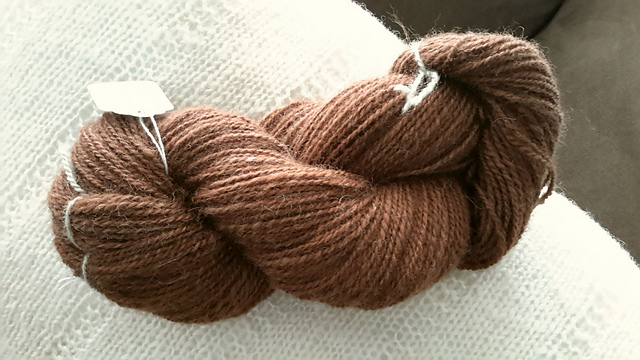 Once I had the last project off the loom, a blanket for a baby whose due date was looming (ha! another fibre pun!) it was time to finally get Fert & Palladin’s soft and luscious yarns wound and onto Bob the loom. 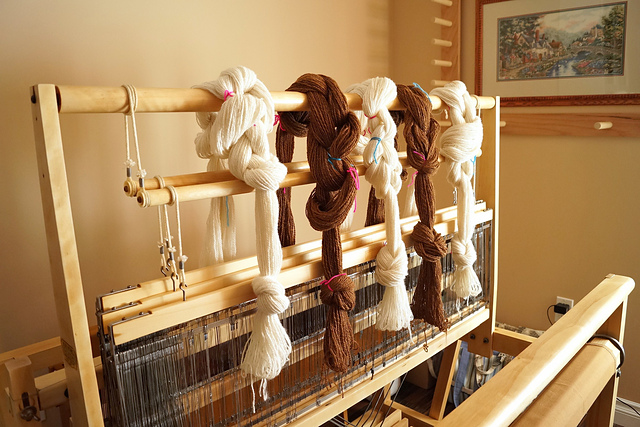 After that, it wove up pretty quickly, a heck of a lot more time spent in prep than in actual weaving, but hey, that is the nature of the beast (another pun! I am firing on all cylinders this morning) when creating something from animal to finished product. 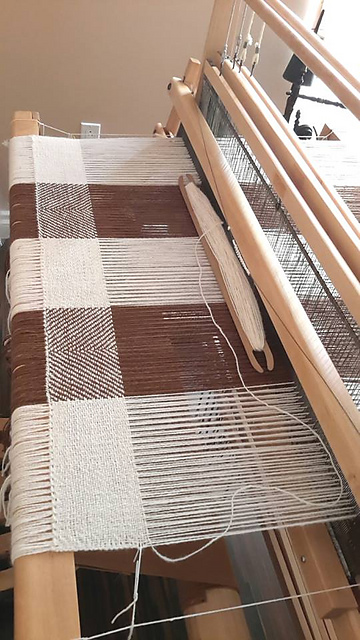 This has been a great challenge in taking a raw material, applying newly learned skills and being self-sufficient.  I do believe I now qualify for being ready for a post-apocalyptic world, but sincerely hope that it doesn’t come to fruition.

So without further ado, here is the long-in-the-works alpaca throw blanket. Woven in a 2-2 Herringbone Twill pattern, it is soft, (seriously fuzzy, you should have seen the fuzzy dust-bunnies galloping around the condo while it was on the loom) and it has a beautiful drape and feel,  not too heavy, but with just enough weight to ‘feel’ like a blanket.  Incredibly warm too, although the temps outside this past week have been in the 30’s (Celsius), it will be put to good use come this Fall/Winter at the Homestead. 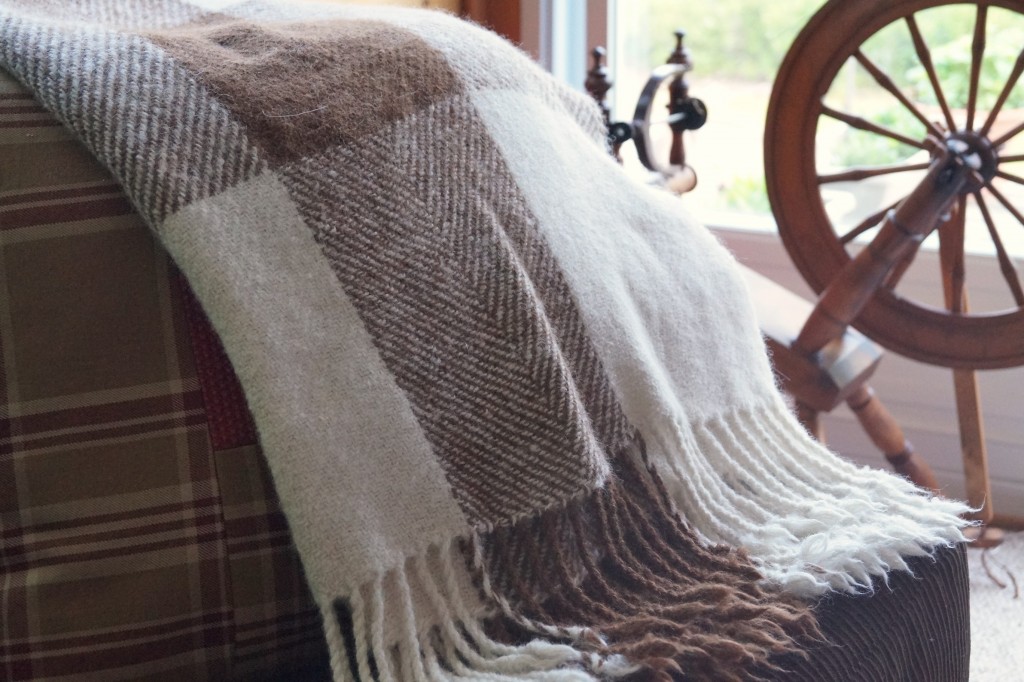 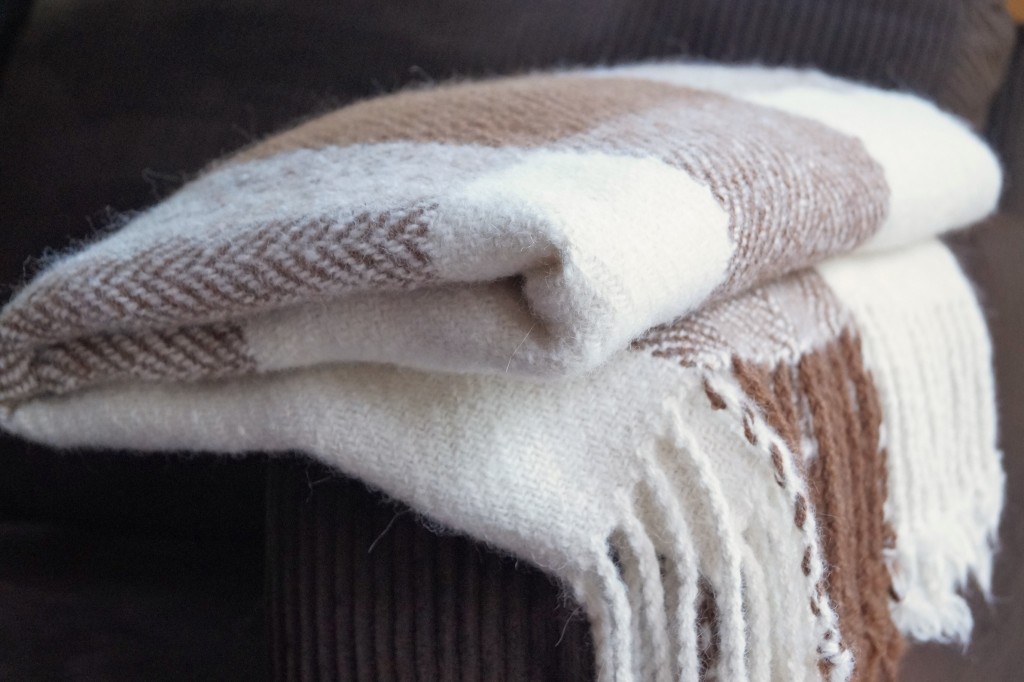 Bob has been cleaned up and de-fuzzed but will most likely sit empty for the summer while I concentrate on my vegetable gardens and the next spinning project ~ a sweater currently being spun and knit from a whole Icelandic sheep fleece, then come Fall a couple of scarves are to be woven from gorgeous handspun and hand-dyed yarns that I have been working on.

5 thoughts on “Meet Fert and Palladin”