I am sure I am not the only one that hates wrestling a duvet into its over-sized pillow case periodically.  Been doing it for years and always procrastinate about washing the cover just to avoid the impending wrestling match.

As I was mentally getting psyched up for the task I had a brain wave, a storm surge, an epiphany….whatever you call it, this GREAT idea popped into my head. 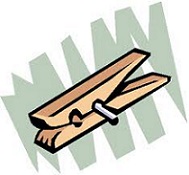 Why don’t I insert the duvet up to the top corners of the cover and using clothespins, pin them together to hold, then travel along the length of the top pinning as I go. 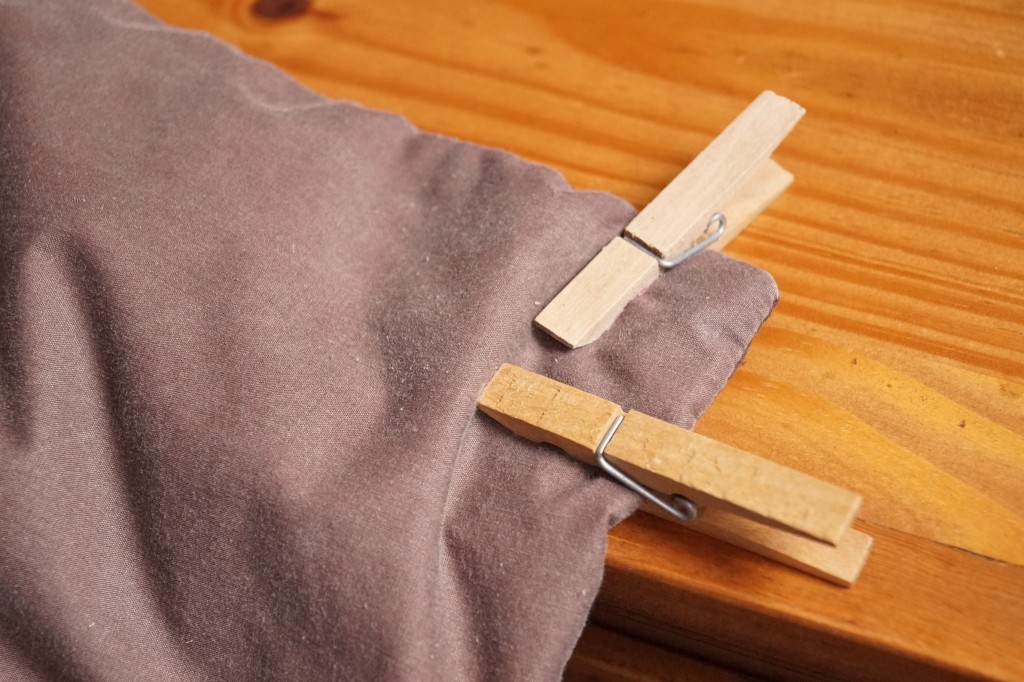 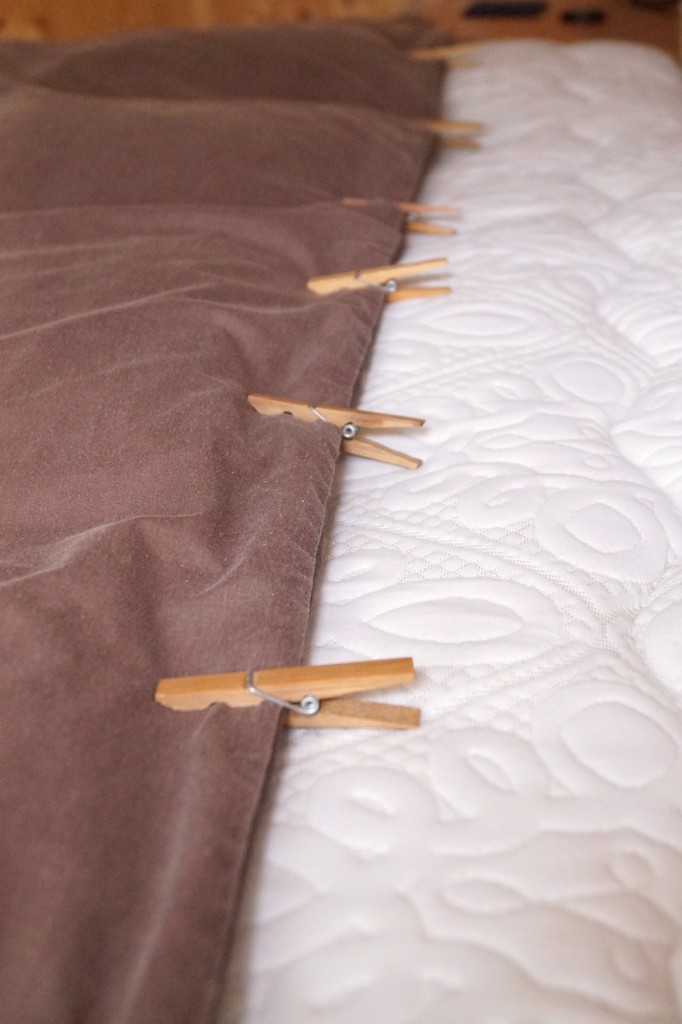 THEN, you can grasp the top and wildly flap the whole dang thing around the room to shake the cover down over the duvet without it sliding back out. In the time it takes to say “Bob’s Your Uncle!”, the duvet is smoothly nestled into its cover with nary a sweat broken or curse word spoken.

Hopefully nobody has thought of this idea before, ’cause if I find out it was already out there and nobody told me, I am going to be pretty upset.