April 7th, 2013 ~ The lake is starting to melt, notice where the water level is…

April 20th, 2013 ~ A very brief and very vicious wind storm pushes the ice towards the dock, lifting and heaving it to one side.  In less than 3 minutes, tons and tons of rock in the crib were shoved aside like a child playing with marbles. 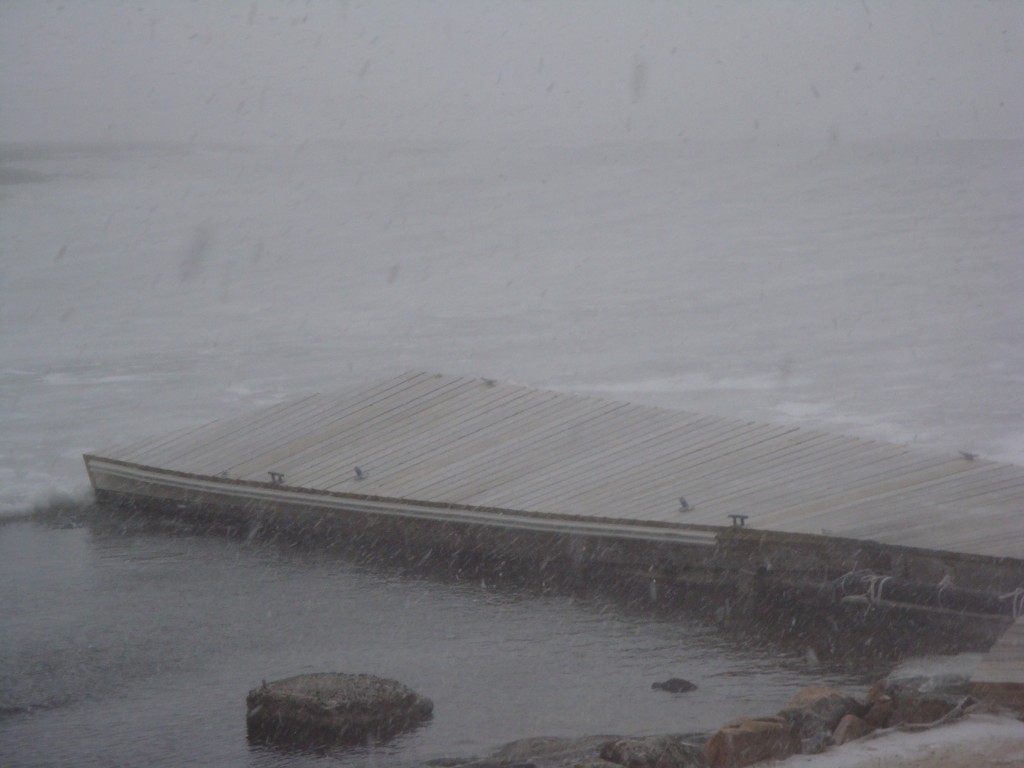 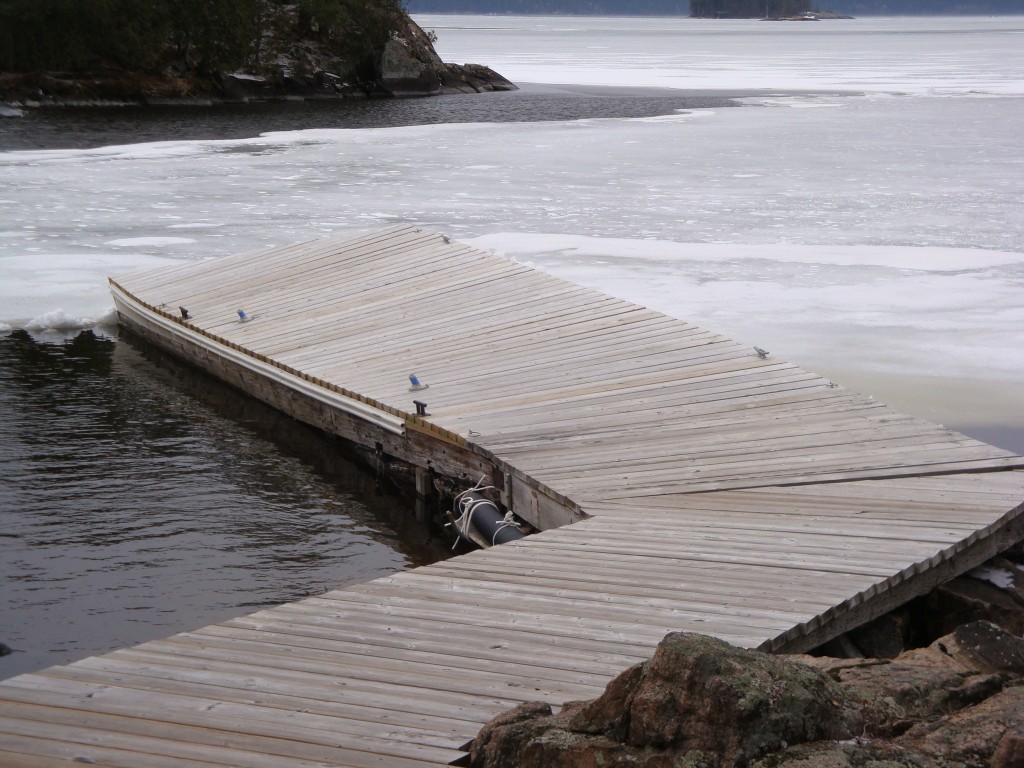 April 28th, 2013 ~ Hubby tries to remove some of the rock to see if he could wrestle the dock back into position.  It proved fruitless though, there is simply too much damage that requires getting into the water to fix….water temperatures are just above freezing, not ideal swimming weather…Note the lake level after approx. 55 mm of rain fell in 2 days, the lake rose 31 inches in less than 2 weeks.  The lake level was continuing to rise, which necessitated the placement of water filled barrels to weight it down. 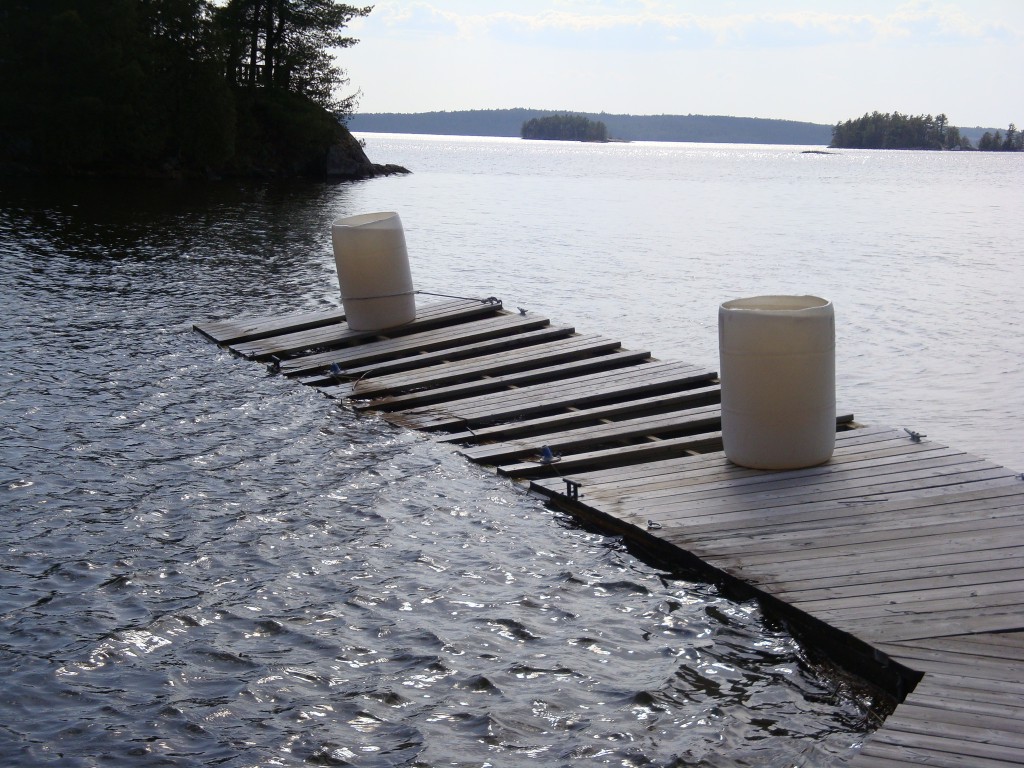 May 4th, 2013 ~ With the lake still rising, albeit much slower, it has almost engulfed the entire dock.  Thank goodness we have had not had anymore rain in the past 2 weeks or we would be needing an ark. 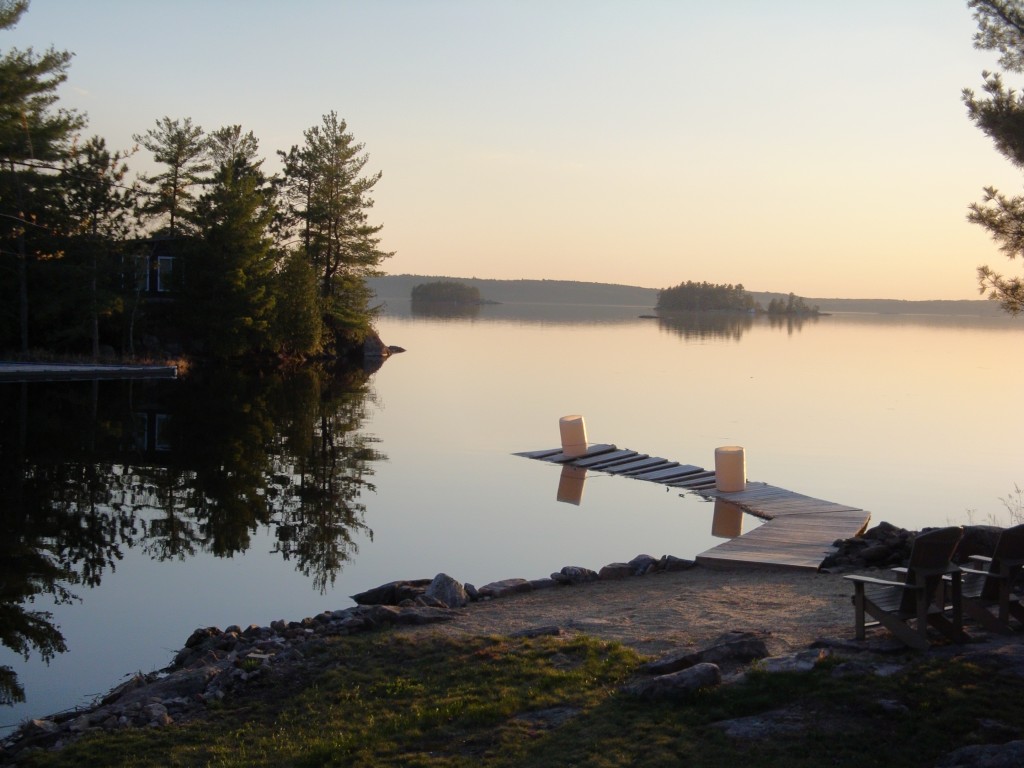 This past weekend the weather was glorious with highs of 24C, bright sunshine and no wind.    The air was filled with the sounds of chickadees and song sparrows welcoming the arrival of Spring and dozens of ducks, loons and other waterbirds were frolicking on the open waters of the lake.  Osprey’s dove for their fish dinner while being harassed by hungry seagulls, and a busy beaver swam back and forth to the island just offshore to chow down on tender new shrubbery.

The lake was calm and serene, nothing of its former fury a couple weeks ago…a fury from Mother Nature letting us know that She is the almighty in the weather department and we best not let our guard down with her.

All we need now is a place to dock our boat at as ours is clearly out of commission.